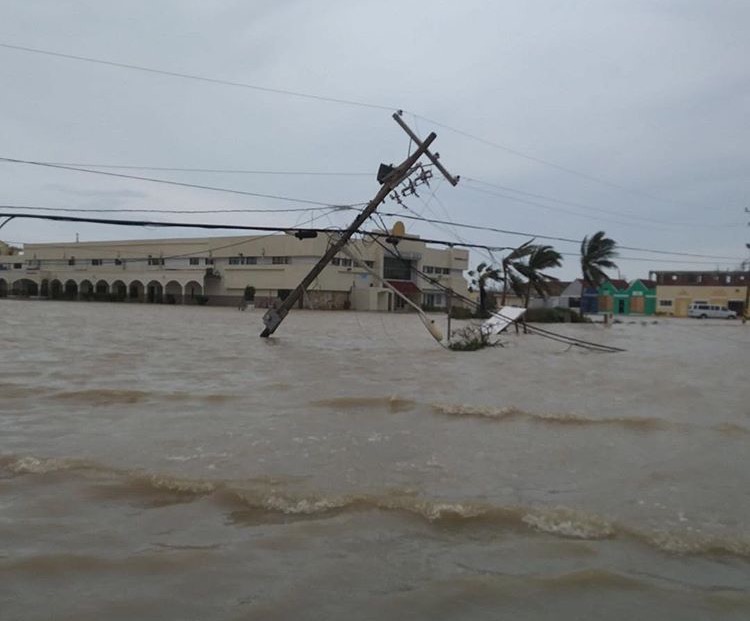 Hurricane Irma was still a category 5 hurricane when it passed over the islands of the Turks and Caicos on Thursday. After undergoing 27 hours of both tropical storm winds and hurricane forced winds ranging between 165mph to 180mph, the worst is now over.

Hurricane Irma caused major flooding throughout the Turks and Caicos. Many homes were damaged, trees were uprooted, and roofs of businesses were also damaged. Fortunately there have been no reported deaths.

Electricity and telephone poles were also struck down during the storm, which caused a loss of communication and electricity in many areas today. There were also damages to gas stations, flooding at the airport and at one point all systems were reportedly down in Grand Turk.

Despite the effects of the hurricane, the Premier’s statement said, “We are committed together to the quickest possible recovery of the Turks and Caicos Islands. We are working already to that end. We are working to restore critical services in the islands. We have survived Irma, for which are give thanks.”