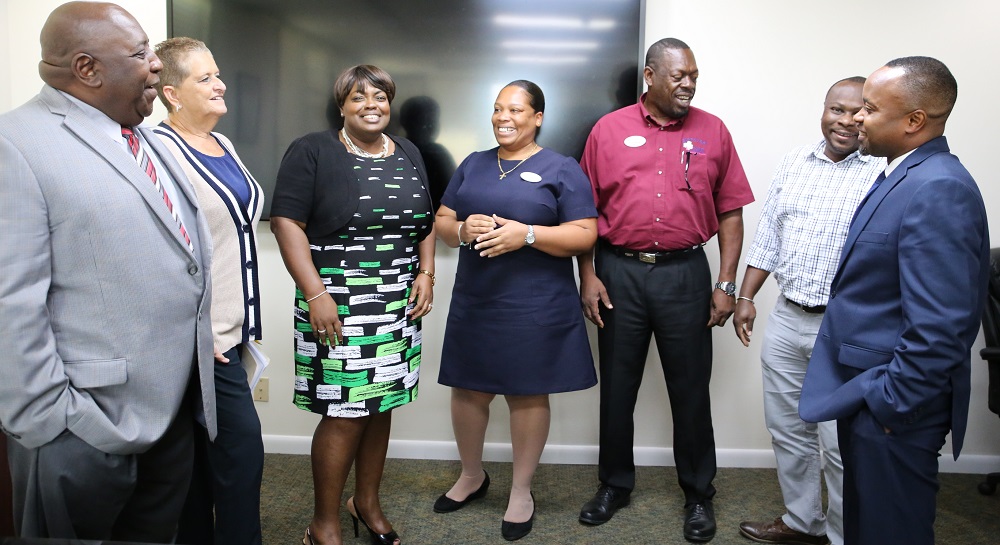 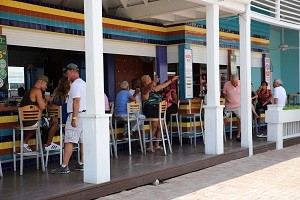 Minister Thompson encouraged residents and visitors to all take part in the event on Friday.   Since its inception, at the beginning of August, the event has been supported however, there were concerns of lack of activity during the day.

He noted, that a number of cruise ships have decided they will take port in Grand Bahama in the aftermath of recent Hurricane Irma.   This stop started today, when Enchantment of the Seas arrived in Freeport Harbour, with another scheduled stop for September 28.   The Majesty of the Seas will also come to Grand Bahama on September 30.   Minister Thompson said as a result of these stops, A Taste of Port Lucaya has been extended to also be held for a few hours during the day.   Plans are also being made so the activity will also be held in the downtown area.

People were once again encouraged to participate in A Taste of Port Lucaya on Friday night as not only will be the MC be Will Stubbs , but included in the entertainment line-up will be the Royal Bahamas Police Force Pop Band.   Tabernacle Christian Academy will also perform and the evening will close with a Junkanoo Rush Out.

A TASTE OF PORT LUCAYA – ‘A Taste of Port Lucaya’ has extended its hours by being held for a few hours during the day.