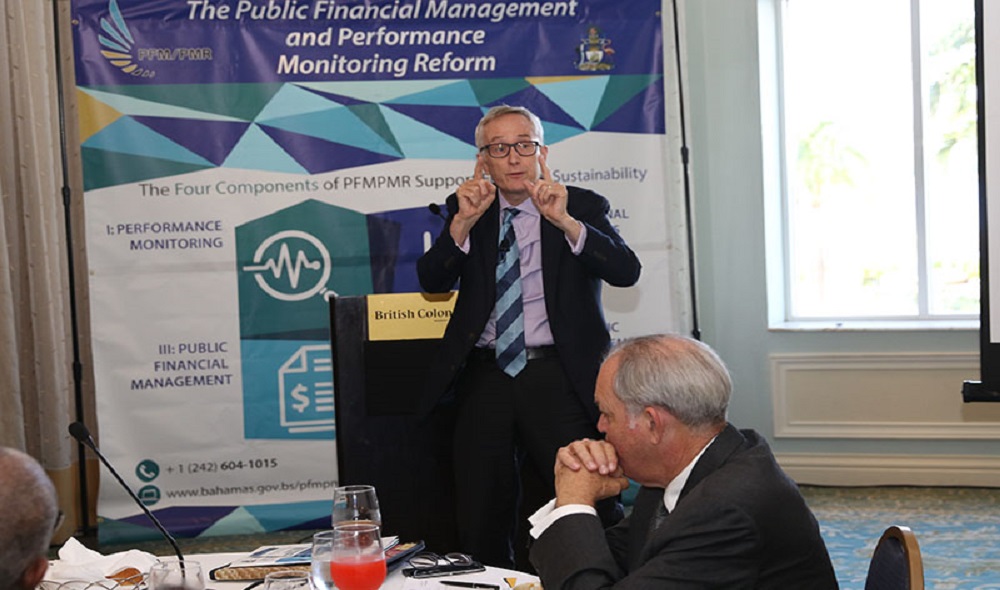 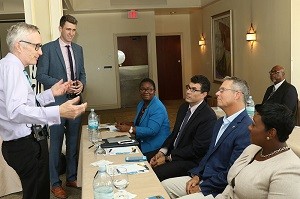 #Bahamas, September 22, 2017 – Nassau – The Ministry of Finance hosted seminars on its Public Financial Management and Performance Monitoring Reform (PFM/PMR) Project, September 18 to 20, 2017 at the British Colonial Hilton, under the title, ‘Strengthening the Delivery of Public Services Using a Centre of Government Approach.’    Parliamentarians, senior public servants, as well as academia, civil society, and businesspersons participated.

The aim of the PFM/PMR Project is to strengthen management capacity of the public sector to monitor priority projects and programs more efficiently and effectively, thereby reducing waste and increasing value for money in public spending. 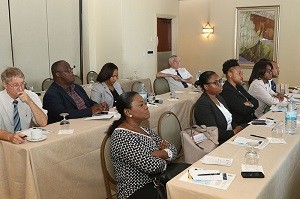 At the private sector seminar, Sir Michael Barber noted that ‘delivery’ amounts to meeting the political needs of voters and taking measures through performance monitoring to track progress and authenticity.   He gave UK examples from the Margaret Thatcher and Tony Blair administrations on how they strengthened the management capacity of their public sectors to monitor efficiency of priority projects effectively.

“One of the major contributing factors to inefficiency in project spending is the lack of centralized infrastructure for decision making, planning and monitoring across national ministries, departments and agencies,” said Sir Michael.

“Several other developed countries, including the United Kingdom have adopted a ‘Centre of Government’ approach that revolves around a unit, often located in the Office of the Prime Minister, which provides planning, support and monitoring for these priority projects, to ensure their successful completion.”

As the Inaugural Head of the Delivery Unit, developed under the United Kingdom’s Blair Administration, Sir Michael was a key figure in development of the concept of ‘Deliverology,’ which has become “a results-oriented paradigm, for managing these key projects.”

And as a current leading global advisor on Delivery Management/Centre of Government Approach, he teaches methodologies that save public resources — protecting public resources by reducing waste, and increasing monetary value in public expenditure. 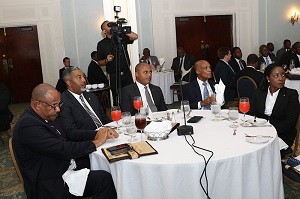 While in The Bahamas, Sir Michael met with the Prime Minister, parliamentarians and senior civil servants along with those stakeholders of academia, civil society and the private sector.  He proposed they associate expected outcomes and benefits with the model application of delivery management.

Sir Michael contends the meetings increase awareness and acceptance for “the Centre of Government Approach and the Delivery Unit Model that has demonstrated performance improvements.

“It is expected that through this seminar series, leaders in government from both the administrative and executive branches will have the requisite background to make an informed decision on the value of such systems to the Bahamian context,” said Sir Michael.

Sir Michael Barber, Head of the first Delivery Unit developed under the Blair Administration of the United Kingdom and current leading global advisor on Delivery Management and Centre of Government Approach led seminars for Parliamentarians, senior public servants, and private sector stakeholders on increasing value for money in public spending, September 18 to 20, 2017 at the British Colonial Hilton.  (BIS Photos/Raymond A. Bethel, Sr.)