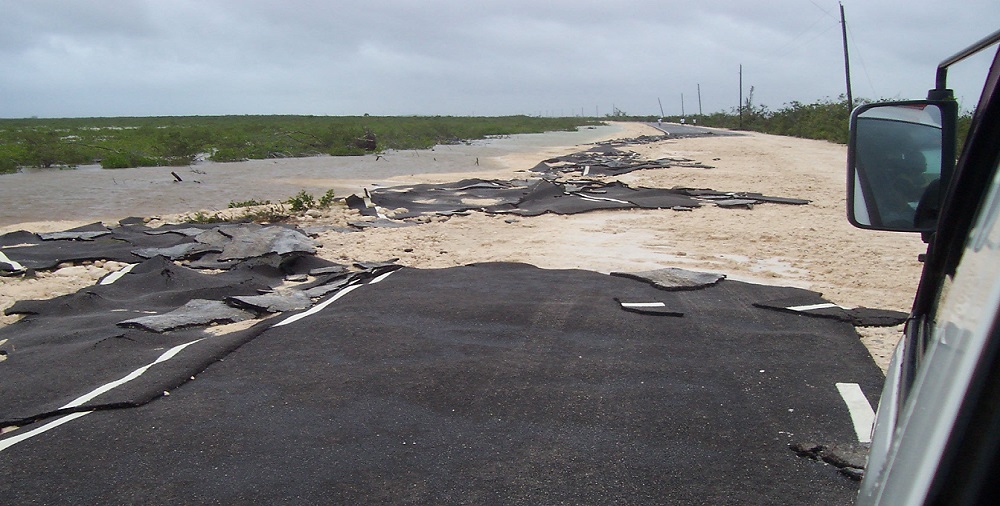 #TurksandCaicos, September 1, 2017 – Providenciales – Today we remember #HurricaneHanna, which struck the TCI on this day back in 2008 as a Category 1 hurricane initially and remained stagnant, actually making loops over the islands for nearly a week.    Among the destruction in Hanna was the North to Middle Caicos causeway which was pulverized.

It was just last year that the former administration unveiled a repaired causeway which is touted as being more storm ready.   Hanna, after striking at least five countries was blamed for $160M in damages and killed over 500 people both directly and indirectly.