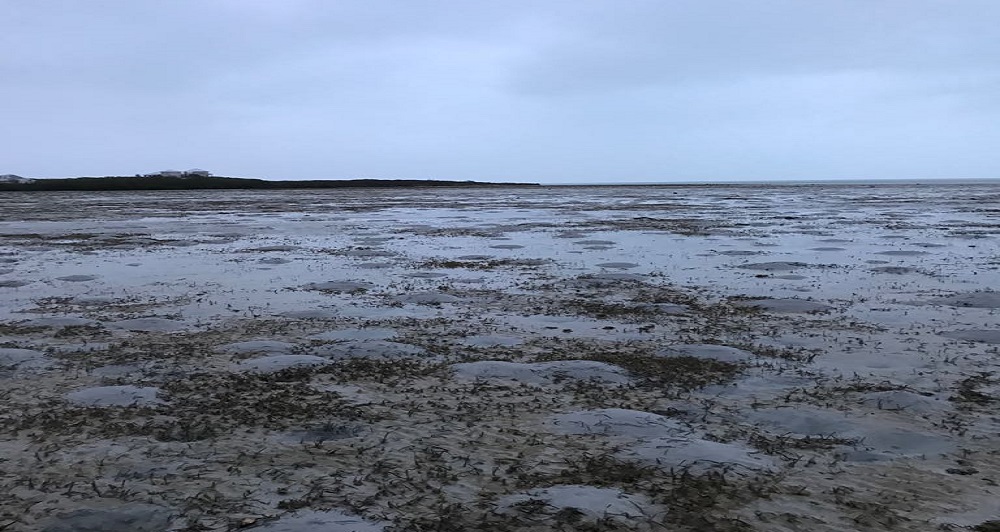 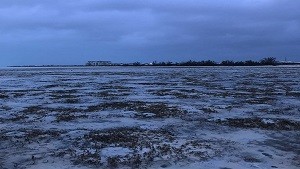 #TurksandCaicos, September 22, 2017 – Grand Turk – Hurricane Maria has so far and thankfully proven uneventful for Providenciales, but the report out of the nation’s capital is vastly different.   The hobbling pace of huge Hurricane Maria may, in the end, prove to be largely the reason Grand Turk reportedly sustained significant damage yet again.

“We are experiencing some winds and rains… the road in front of the Treasury fell in, said Savitri Daniel.

Member of Parliament, Hon Tamard Butterfield is also in Grand Turk and said the system felt more like a Cat5 than a Cat3 hurricane.

“We really got a beating for 12 hrs and still continuing … I don’t know what to say!  I’m sure the ponds and roads are flooded … well they said we are not getting the top of the hurricane… this feel like the every part of the hurricane!  The wind is really bad …”  Hon. Butterfield posted that report minutes to 7am, Friday September 22.

The hammering of major hurricane force winds for GT was forecast to last seven hours, from midnight Thursday to 7am on Friday.    The conditions relayed to the country via the Department of Disaster Management and Emergencies (DDME) and the Bahamas Department of Meteorology also advised that from before 6pm, Grand Turk, Salt Cay and South Caicos were getting the tropical storm winds and rains and all else Maria had to dish out to the tiny islands in the TCI archipelago.

Maria did a little wobbling in her trajectory and the Cat3 hurricane grew in size as reports from the officials continued overnight.  By morning her wind speeds kicked up a notch.   Meanwhile prayers and well wishes for the islands were going all night from near and far and these continue as the eye wall of this massive major storm is due to pass east of the Turks and Caicos today. 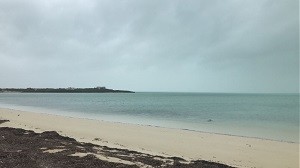 There had been no word from Salt Cay where an evacuation order was on Wednesday issued by the Governor; 28 people opted to remain on the little cay despite.   South Caicos reported to a relative in Provo that there had been little rain but lots of wind.

Residents across the country were still being advised to remain indoors, as the risk of tornadic activity and rip currents are of real concern.   A dramatic image of the Long Bay Beach, famous in Providenciales as a kite surfing hot spot and home to the recently opened Shore Club resort was shared with Magnetic Media.

Darron Hilaire, FLOW marketing director says the water had early this morning receded, leaving the sea bed exposed.   It is truly an unnerving yet rare glimpse of the country’s newest world famous beach.   Hilaire later sent more photographs, taken by him with the beach returned to its usual allure.  Just Amazing!

Also amazing, that the TCI remains under hurricane and tropical storm warning until tonight.