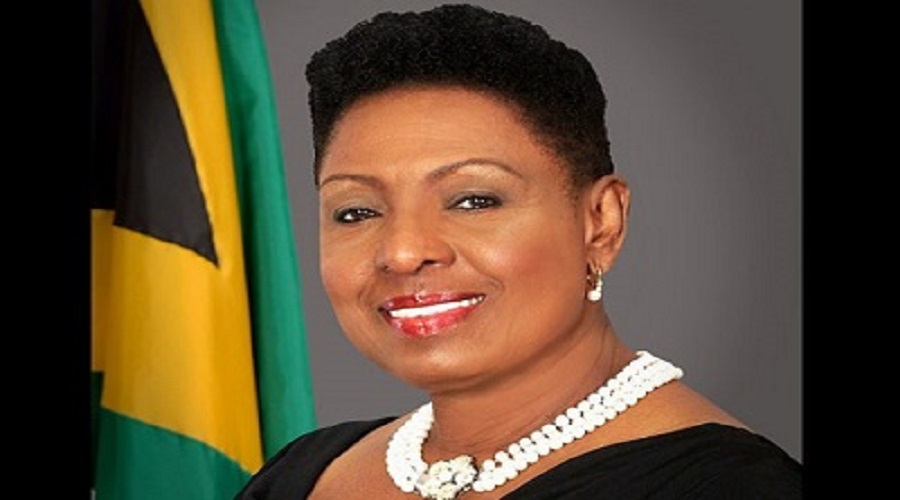 #Jamaica, September 22, 2017 – Kingston – Minister of Culture, Gender, Entertainment and Sport, Hon. Olivia Grange, is calling on parents and guardians to be more proactive in raising their children.

“We all benefited in childhood from that popular guide, ‘bend the tree when it is young’,” she said in a message delivered by Chair, National Library of Jamaica, Joy Douglas, at a tree-planting ceremony in recognition of His Grace Archbishop Kenneth Richards on his elevation as Archbishop of Kingston.

The ceremony, which was organised by the Institute of Jamaica, was held at the Holy Trinity Cathedral in Kingston on September 21.   The endemic broadleaf tree (Terminalia latifolia) was planted in Archbishop Kenneth Richards’ honour.

Miss Grange lauded the role of all churches in contributing to nation building.  She commended the Institute for the gesture and lauded Archbishop Richards for the significant role he has played in the continuity of the Junior Centre at the Institute.   “Our children are the better for such contribution,” she said.

Deputy Chairman of Council, Institute of Jamaica, Marigold Harding, said the Institute is pleased to be associated with the gesture, and congratulated Archbishop Richards on his elevation to the position of Archbishop of Kingston.

In his remarks, Archbishop Richards said he is truly grateful for and humbled by the recognition.  The Archbishop is a former member of the Council of the Institute of Jamaica and Chairman of the Programmes Coordination Division of the Institute’s East Street and Portmore Junior Centres.

He served in Jamaica previously as Rector of the Holy Trinity Cathedral and Vicar General of the Archdiocese of Kingston. He was later transferred to serve as Bishop of the St. John’s – Basseterre Diocese, which covers both Antigua and Barbuda, and St Kitts and Nevis.

He was installed as the seventh Archbishop of Kingston at a special service last year at the Holy Trinity Cathedral on North Street in Kingston.