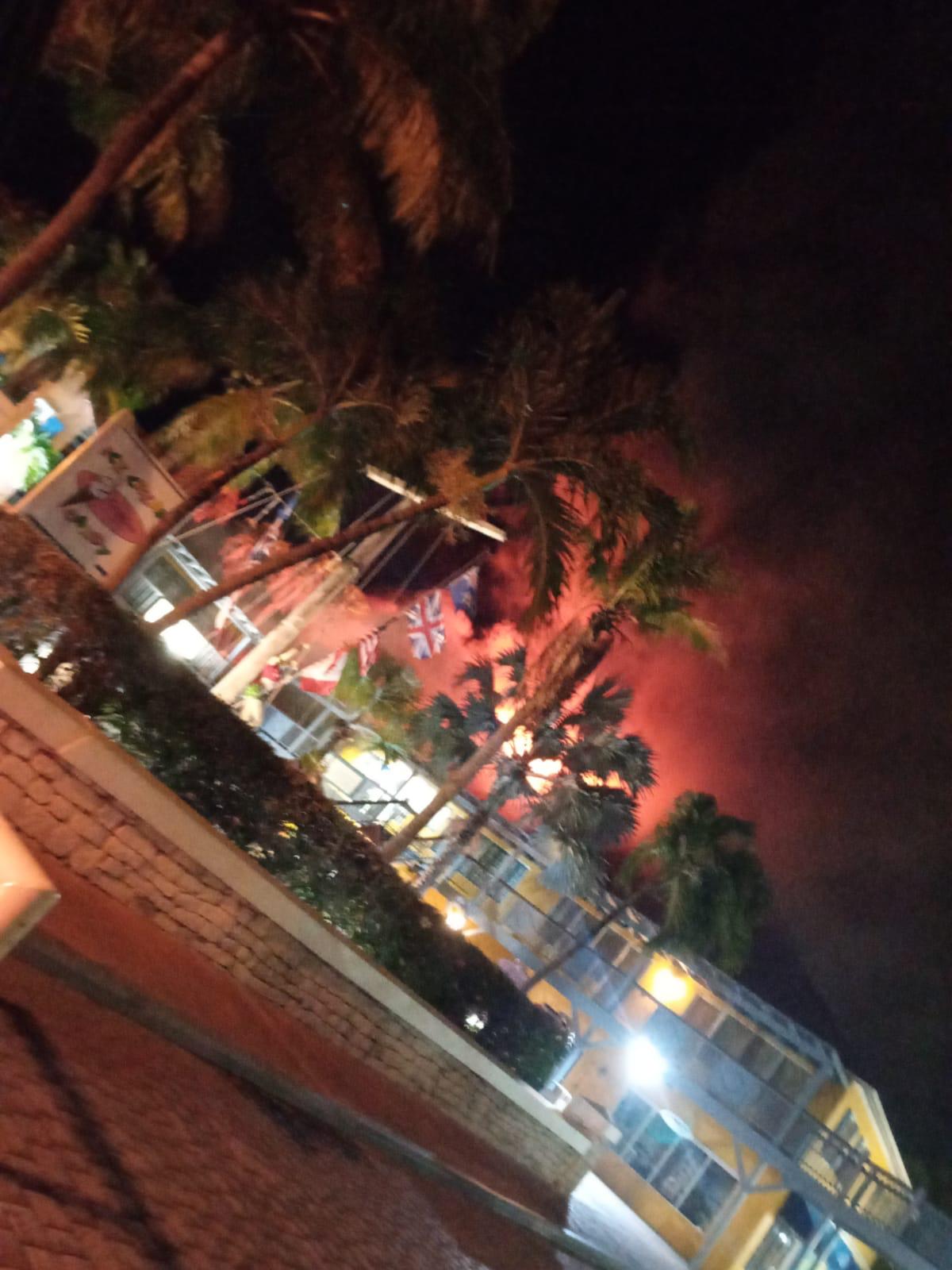 The Turks and Caicos Domestic Fire Department threw everything they had at a raging inferno, which erupted shortly after 8 p.m. at the Ports of Call plaza in Providenciales, Grace Bay.

At this hour, the blaze is smoldering and lots and lots of damage is done.

All three fire trucks are working and all of them have had to refill with water at least one time each, in order to contain the fire which appears to have started at Crackpot Kitchen, a popular, locally-owned restaurant run by the TCI’s Culinary Ambassador, Chef Nikita Skippings.

In one of the early videos circulating on social media; very faintly you can hear Chef Nik shouting his disbelief as a fire, fanned by high winds gobbled up the second story, patio-styled eatery, which is also home to the Chop Off-Cook Off culinary competition.

There is no report of injury, at least, not physically but it is clear the damage is extensive. Only a charred mess is left of the roof of the eastern wing of the building.

It is said, businesses occupying the bottom floor have also suffered some damage.

Residents are tonight stunned at the news, saddened by this outcome which only compounds challenges already being faced due to the economic fall-out caused by the Coronavirus pandemic.

Restrictions have been significantly eased in the Turks and Caicos Islands, which has no active cases of COVID-19 on record at this time; the country peaked at 12 cases.

Emergency Orders uphold an evening curfew which begins 8 p.m. daily; the restaurant, as with all other businesses in the complex would have been closed since 5 p.m.