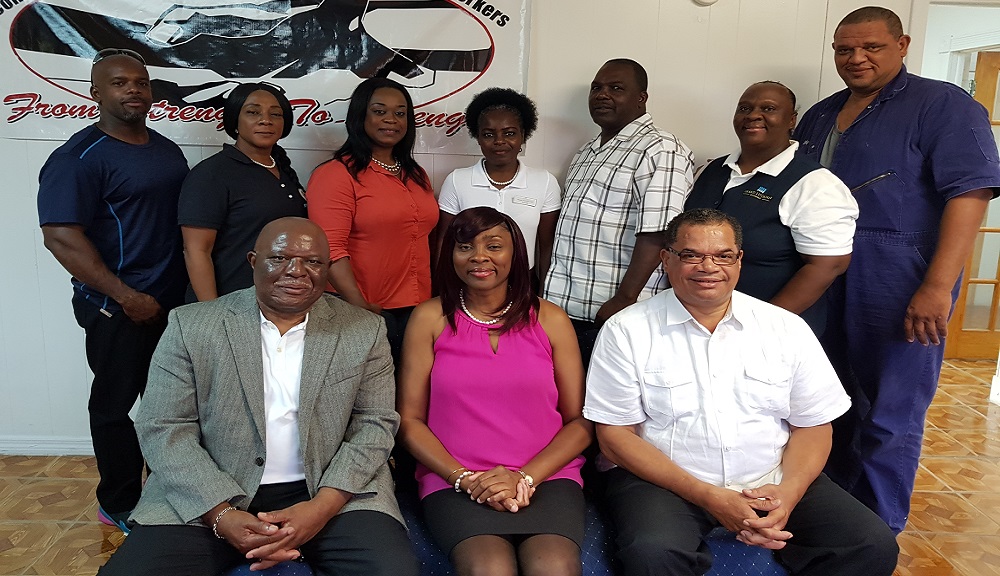 #Bahamas, September 27, 2017 – Grand Bahama – Minister of Labour, Senator the Hon. Dion Foulkes, met with executives of the Commonwealth Union of Hotel Services and Allied Workers (CUHSAW) on Saturday in Freeport, Grand Bahama.   The CUHSAW represents the line staff workers at the Grand Lucayan Hotels.   Minister Foulkes briefed the executives on the current efforts being made by the government to revitalize the Grand Lucayan Hotels.