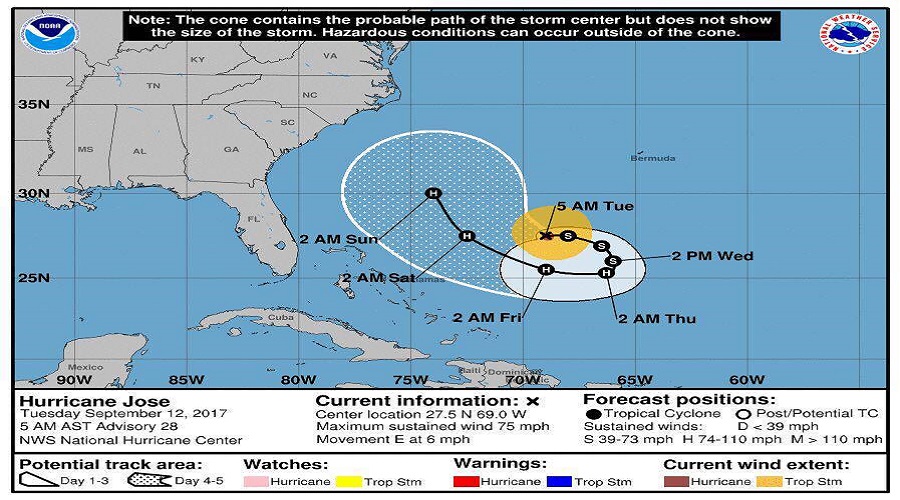 #TurksandCaicos, September 12, 2017 – Providenciales – #HurricaneJose is going to make that loop, but it appears that the storm which was on Sunday forecast to slam into the Turks and Caicos and The Bahamas will stay well east of both archipelagos and fizzle out.   The Bahamas Department of Meteorology is due to come into the TCI this week, once it is completed its survey of the islands of The Bahamas ripped up in Hurricane Irma between September 7 and 8th.

The Department, which is a close liaison of the Turks and Caicos Islands Government says it will continue to monitor Hurricane Jose in the eastern Atlantic Ocean.