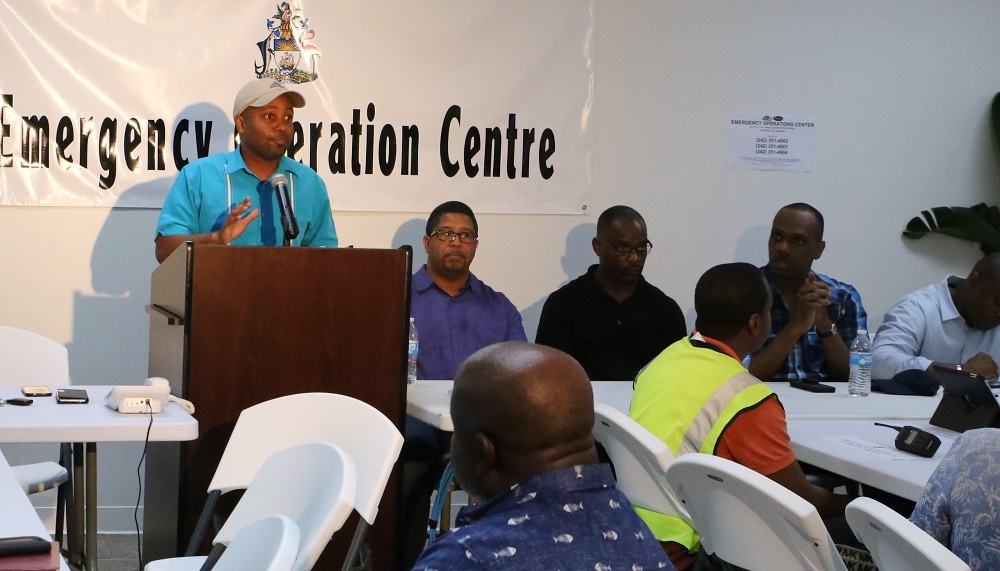 #Bahamas, September 12, 2017 – Grand Bahama – As a result of Hurricane Irma, though not in its direct path, Grand Bahama experienced tornadic activity on Sunday, September 10, 2017 affecting some 100 residents.  At about 12:45 p.m. a tornado touched down leaving destruction in its wake.

Assessment teams were dispatched from NEMA; and shortly before 6:00 p.m., it was reported that about 12 homes were struck and one business, Colina Insurance Company on the Mall Drive, received roof damage.   The Lodge Hall on East Sunrise Highway was also impacted with significant roof destruction.

The Government of The Bahamas has already made provisions for relief efforts for those affected by Hurricane Irma, said Deputy Prime Minister and Minister of Finance, the Hon. K. Peter Turnquest, during an interview on Sunday.

He said everyone was of the view that “we were on the backside of the storm and then all of a sudden these tornadoes popped up,” referring to the events of just after midday.

Mr. Turnquest added that the government is thankful there was no loss of life.    “The Cabinet has already looked at the overall needs and provisions for rapid relief efforts that will kick in tomorrow.”

Other than the tornadic activity, the island fared well with the passing of Hurricane Irma, said Minister of State for Grand Bahama in the Office of the Prime Minister, Senator the Hon. Kwasi Thompson on Sunday evening during a press briefing at the Emergency Operation Centre.    He thanked all those who worked tirelessly to ensure that residents were safe, namely those from the Royal Bahamas Police Force, Defense Force, Ministry of Environment, Ministry of Social Services, NEMA, Ministry of Works and the Administrator’s Office.

He said that those affected by the tornado will be offered the full assistance of government.

“Our heart goes out to them. They range from babies, two years old, to senior citizens and some were even disabled.   And so our hearts, thoughts and prayers go out to those persons who lost their homes.   Some whose entire roof just lifted off, leaving the house uninhabitable. So, we will do our best to ensure that those persons are taken care of to the best of our ability here in Grand Bahama,”  said Senator Thompson.