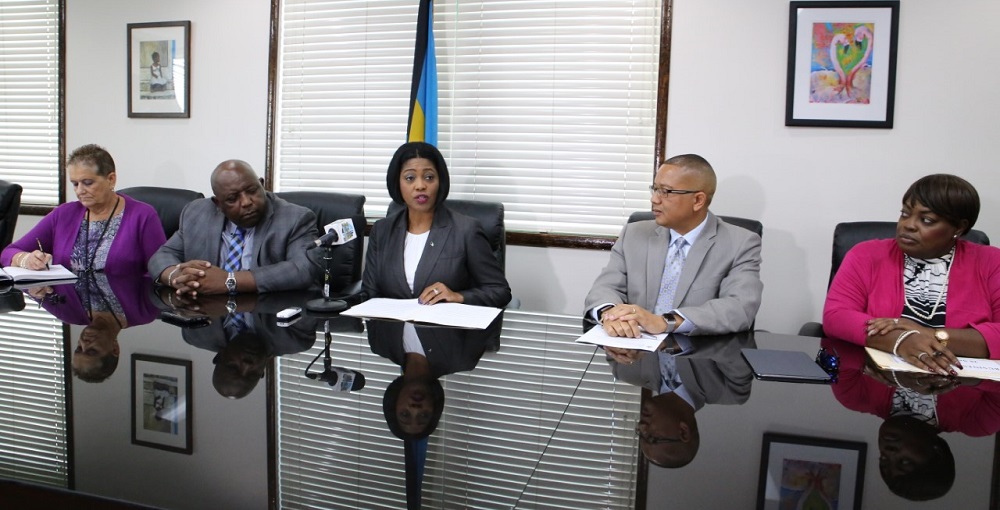 #Bahamas, September 26, 2017 – Grand Bahama – It is with great optimism regarding the future of Grand Bahama and awareness of the key role each Grand Bahamian will play in the island’s overall growth that the Office of the Prime Minister in Grand Bahama announced the upcoming Grand Bahama Business-to-Business Expo, 2017.

Speaking on behalf of the Minister of State for Grand Bahama, Senator Kwasi Thompson, Mrs. Pakesia Parker-Edgecombe, Parliamentary Secretary in the Office of the Prime Minister, with responsibility for Information and Communication, announced on Monday, September 25, that the event will draw key partners from the island’s Industrial sector, who will also serve as presenters.

The one-day forum is scheduled for Thursday, September 28, 2017 at Pelican Bay Resort, beginning at 10:00 a.m.   The event is organized by the Office of the Prime Minister in Grand Bahama, in conjunction with the Grand Bahama Chamber of Commerce.

The Parliamentary Secretary noted that OPM is appreciative of the role the Grand Bahama Port Authority will play in the one-day seminar.

“The event promises to be one in which attendees will be able to receive direct information from presenters on their operations and the opportunities that exist in the creation of entrepreneurship through service provision within these entities,” said Mrs. Edgecombe.

“Here in the Office of The Prime Minister, we are keenly aware that in order for Grand Bahama to move forward the very sectors coming together to brainstorm and implement new initiatives, in addition to building on what currently exists, is essential.”

Mrs. Edgecombe believes that this event could not come at a better time, as there are many in the Grand Bahamian community who are quite capable of offering either products or services that will assist in the operation of businesses within the Industrial sector.

“Therefore, the Business-to-Business Expo will allow them the opportunity to get to know the exact steps in making it happen,” she added.

Acting Permanent Secretary in the Office of The Prime Minister, Harcourt Brown said that the Business-to-Business Forum is the idea of Minister Thompson and was designed to let entrepreneurs know that there are a variety of business opportunities available in Grand Bahama, but many times those opportunities are not seen.

“The Business-to-Business Forum is like connecting the dots for entrepreneurs and finding the opportunities to see business ideas that may not be easily noticed,” said Mr. Brown.   “Hopefully we will be able to see this program mushroom into something great, which could assist the economy of this island.”

President of the Grand Bahama Port Authority, Ian Rolle said that the GBPA applauds the efforts of the Minister of State for Grand Bahama, as well as the vision for hosting the Business-to-Business Seminar.    He said the event would serve as public reminder for the Grand Bahamian industrial sector to buy local and shop at home.

“This also challenges our small to medium sized businesses to remain creative and innovative in the goods and services which they offer in order to better position the earning potential of their businesses,” said Mr. Rolle.

Asked if there were many people going into the Grand Bahama Port Authority Business Department to apply for business license in the midst of a slow economic period on the island, Rolle noted that since Hurricane Matthew in October of last year, there has been the trend of more people applying for business licenses.   However, he said that he would like to see a lot more innovative ideas come forth.

While there is a Registration process for those wishing to attend the seminar, there will be no cost to register.   Those interested in attending can call the Office of The Prime Minister in Freeport (352-8525) or email naomiwallace-whitfield@bahamas.gov.bs.

BUSINESS-TO-BUSINESS SEMINAR – Parliamentary Secretary for Information and Communication in the Office of The Prime Minister, Pakesia Parker-Edgecombe (centre) announced the 2017 Business-to-Business seminar, set to take place on Thursday, September 28 at Pelican Bay Resort.  On hand for the press conference announcing the event were (from left) Naomi Wallace-Whitfield; Acting Permanent Secretary, Harcourt Brown; Mrs. Edgecombe; Ian Rolle, President of the GBPA; and Raquel Beneby.