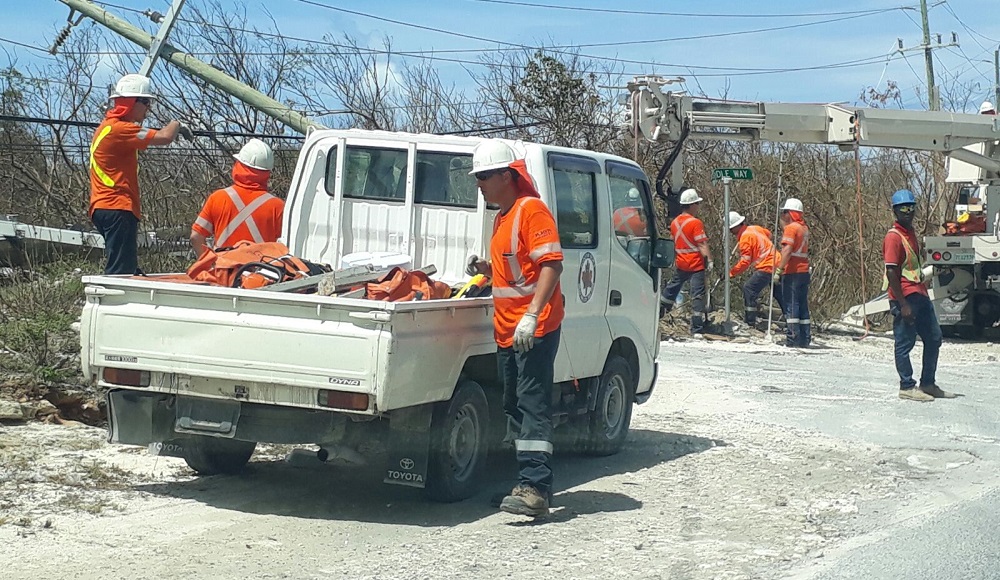 #TurksandCaicos, September 28, 2017 – Providenciales – FortisTCI yesterday announced that 120 more workers will be added to its team to complete the work of restoring electricity to islanders who lost power during Hurricane Irma.   Sixty engineers from the Cayman Islands and Canada returned to Provo on Saturday, 60 will be hired locally and Fortis says damage was minimal due to Hurricane Maria, which hit the country on Thursday and Friday of last week.

Dozens of new poles were erected along Millennium Highway and on front road in Blue Hills and Wheeland in recent days, the area was one of those hardest hit by Hurricane Irma in early September.