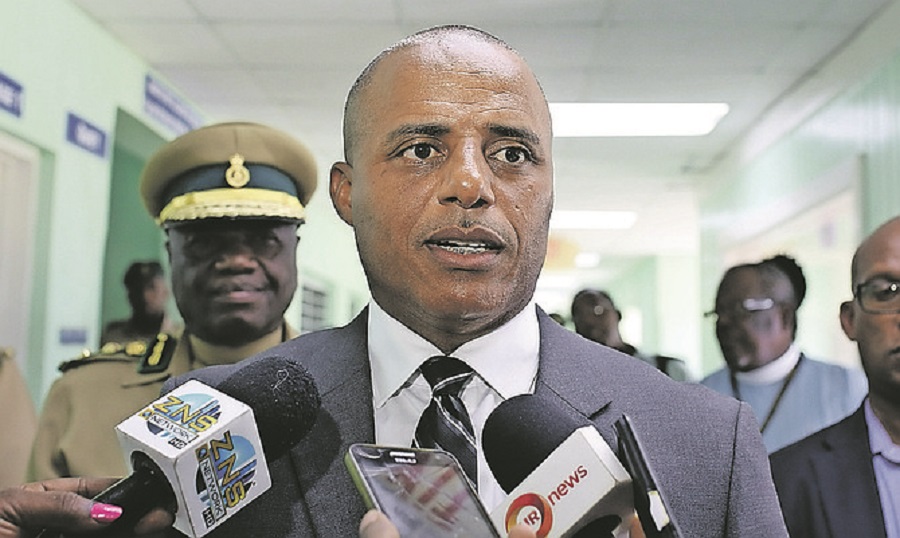 #Bahamas, September 23, 2017 – Nassau – Minister of National Security the Hon. Marvin Dames said in the House of Assembly, on September 20, 2017, that, since assuming office, he too had had enough of the “unacceptable level of crime” that currently exists in the nation, like many other concerned Bahamians.

“I listened intently to the criticisms and some have gone as far as to say that the Minister is to blame for the high level of violent crime,” Minister Dames said during his Communication on Crime.   “On May 10th, 2017, the day our Government won the election, the crime challenges that plagued our nation before that day did not mysteriously disappear.

“Nobody pressed a ‘reset’ or ‘re-boot’ button which caused all of the long standing crime problems and its root causes to magically disappear.”

Minister Dames said that there was no “quick-fix” to such a complex and ever-evolving problem. Also, he noted that the issues faced today in The Bahamas are the manifestation of years of “inattention, abdication of responsibility, and I dare say, in some instances, neglect.”

“Anybody who believes that this very complex predicament can be rectified in just four months after coming to office, has no concept of the underlying factors that impact crime and lacks a serious appreciation of a long term sustainable platform which will be required to address it,” Minister Dames said.   “Our Government is determined to bring an end to the incessant number of murders and other violent crimes which have captured national attention for almost a decade.”

Minister Dames said that he had always recognized that the task ahead would be fraught with challenges, which was one of the reasons he decided to take the journey.

“If you are looking for me to bend and break, please forgive me, I do apologize,” he stated. “I have committed myself to my country, the great people of our nation, my party and my leader.  “I intend to be a part of the solution, not the problem.”

Minister Dames likened the experience to living in a home whose roof had been torn off by a hurricane. With nowhere else to go, he noted, one is left with no other option but to repair the damage one step at a time until the roof was made whole again.

“There is a whole lot of fixing to do,” he said. “This is our home. We have nowhere else to go.”

“We have already begun work toward repairing our roof,” he added. “We will not catch all of the leaks in one day or even four months. However, our Government remains resolute and confident with our Plan.”

Minister Dames also again publicly commended the efforts of the members of all of The Bahamas’ law enforcement agencies – the Police, Defence Force, Department of Corrections, Customs and Immigration Services.

“The brave men and women who daily expose themselves to danger; or risk their lives to secure and protect our nation,” Minister Dames said.

“A grateful nation thanks you for your continued service,” he added.   “In the aftermath of Hurricane Irma, you responded admirably in protecting our islands, our people and maintaining the peace during this critical period.

“For this we are grateful. Our Government is committed to improving your welfare; the least we can do. I also want to say that our thoughts and prayers go out to those who have been impacted by crime and violence.”