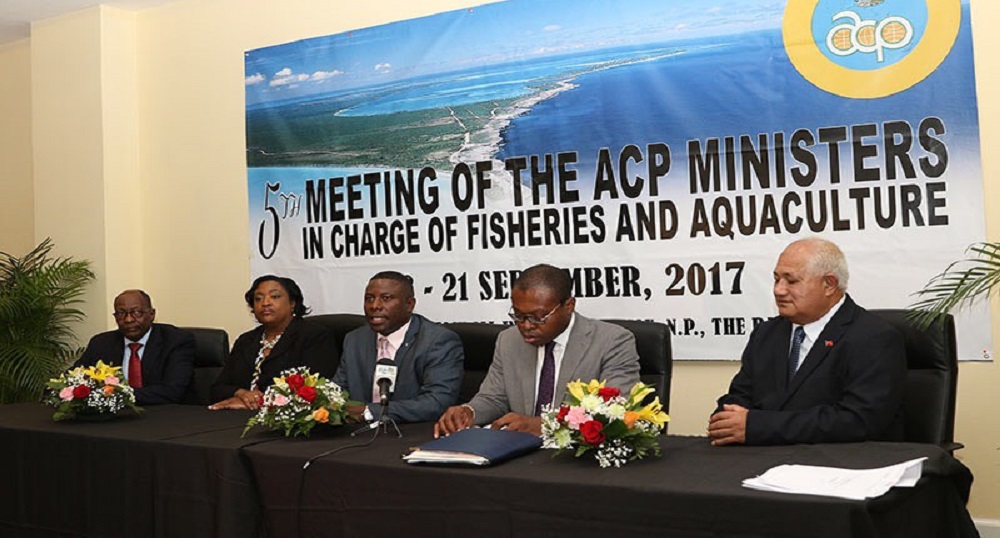 #Bahamas, September 23, 2017 – Nassau – As the 5th Meeting of ACP (Africa, Caribbean, and Pacific) Ministers of Fisheries and Aquaculture in Nassau closed on Thursday, delegates resolved to create a strategic plan to secure the aquaculture and fisheries sectors of the 79 member countries (of almost one billion people) to bring about foreign exchange, improve job security and food security. 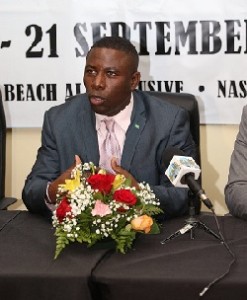 Bahamas Minister of Agriculture and Marine Resources the Hon. Renward Wells chaired the week-long meeting and, delighted that the group arrived at a resolution, gave brief remarks to the media at the session’s closing.    He remarked with respect to the potential of the blue economy:  “Over the next few years, you’re going to see nations in Africa, the Caribbean, and the Pacific engaging in fisheries at the level of Asia, so we become major exporters in the industry, able to supply food and maintain food security in our own economies, as well as assist in creating jobs, and able to export our products to other countries.”

He observed that promotion of the growth of fisheries along the current level of Asian countries is not a lack of will, but rather a matter of implementation of new technology, or of creating the funding.

ACP Assistant Secretary General Viwanou Gnassounou noted, “Since 2012, we still have to improve upon the monitoring of the process and also the mobilization of resources for implementation.   We are catalysts in this situation and we look at how we can accelerate the movement.

“The Blue Economy Initiative is based on investment.  We need to focus on value addition, processing and export.   That is the only way we can reach the level of what you are assessing.”

The conclave took place at Melia Nassau Beach resort, Cable Beach, September 18-21, 2017 — almost two years since the last meeting attended by The Bahamas, in 2015 during the 29th session of the ACP-EU Joint Parliamentary Assembly that took place June 15-17, 2015 in Suva, Fiji.

The countries of Sub-Saharan Africa, the Caribbean and the Pacific Islands have up to US$5.3 billion worth of fish exports entering the international market each year.    The meeting seeks to reinforce shared commitments to improve governance and boost development of fisheries and aquaculture resources.

Of the 79 ACP Group of States, more than 60 export fisheries products, both from maritime and inland fisheries and from aquaculture.   Of these, more than 50 countries are coastal states, most of them with important coastal fishing communities.

The meeting allowed the countries to take stock of the ACP strategic plan of action for fisheries and aquaculture and share regional good practices, deepen partnerships, and discuss priority issues for multilateral engagement.

At the Press Conference at Closure of the 5th Meeting of ACP (Africa, Caribbean, and Pacific) Ministers of Fisheries and Aquaculture, September 21, 2017 – Chairman of the meeting, Bahamas Minister of Agriculture and Marine Resources the Hon. Renward Wells addresses the media.   At the table, the group pictured from left: Dr. Kaire Mbuende, Chairman of ACP Working Group on Fisheries; Phaedra Rahming, Permanent Secretary, Bahamas Ministry of Agriculture and Marine Resources; Minister Renward Wells; Mr. Viwanou Gnassounou, ACP Assistant Secretary General; and the Hon. Lopaoo Natanielu Mua, Minister of Agriculture and Fisheries of Samoa.