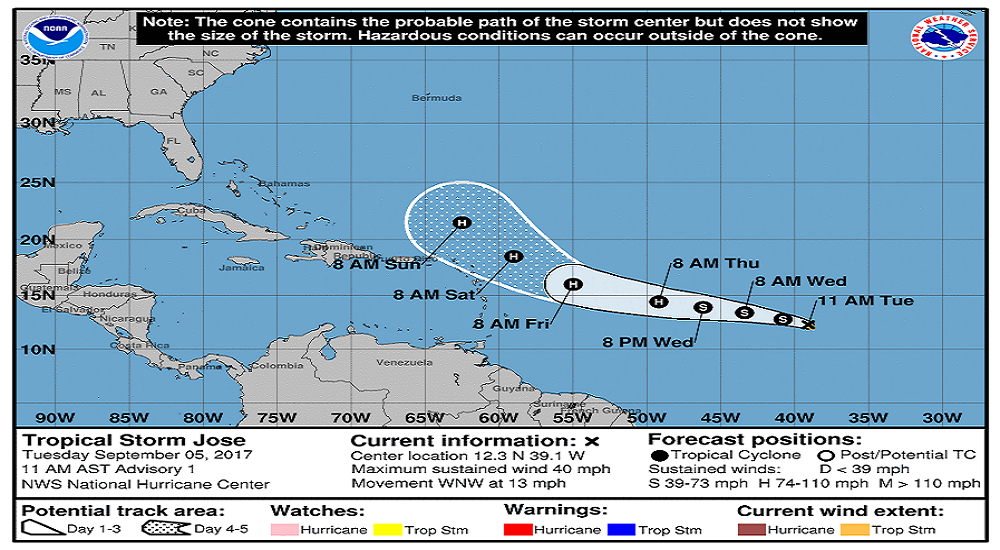 #TurksandCaicos, September 5, 2017 – Providenciales – Caribbean islands in the path of Irma are taking the hurricane seriously and the government of the Dominican Republic today drained their dams ahead of a strike by the now Category 5 hurricane.    The Santo Domingo Water Resources Institute said all reservoirs and dams are being drained to their lowest levels, as a precaution to deal with Hurricane Irma’s effects on the country.

In Puerto Rico, store owners said residents are stocking up and there is significant tension as islanders are bewildered and concerned about what the storm will do as no one there, reportedly has any real experience with a cat five storm.    #HurricaneIrma is frighteningly making history now, with winds at 185mph the storm could become what some over the weekend had predicted and dubbed a super typhoon.

With waters of the region having temperatures over 80°, it is no wonder that has Irma gathered unprecedented strength, and that Tropical Storm Jose has also formed right behind her.   #TropicalStormJose, is forecast to become a hurricane by Sunday with current maximum sustained winds at 40mph, and forward speed at 13mph up to news production time.

There are no watches or warnings in effect as yet due to TS Jose.    It is not the same for Hurricane Irma, as there are a total of 18 nations so far under some kind of watch or warning, even more when you add how many countries are on Hurricane alert.