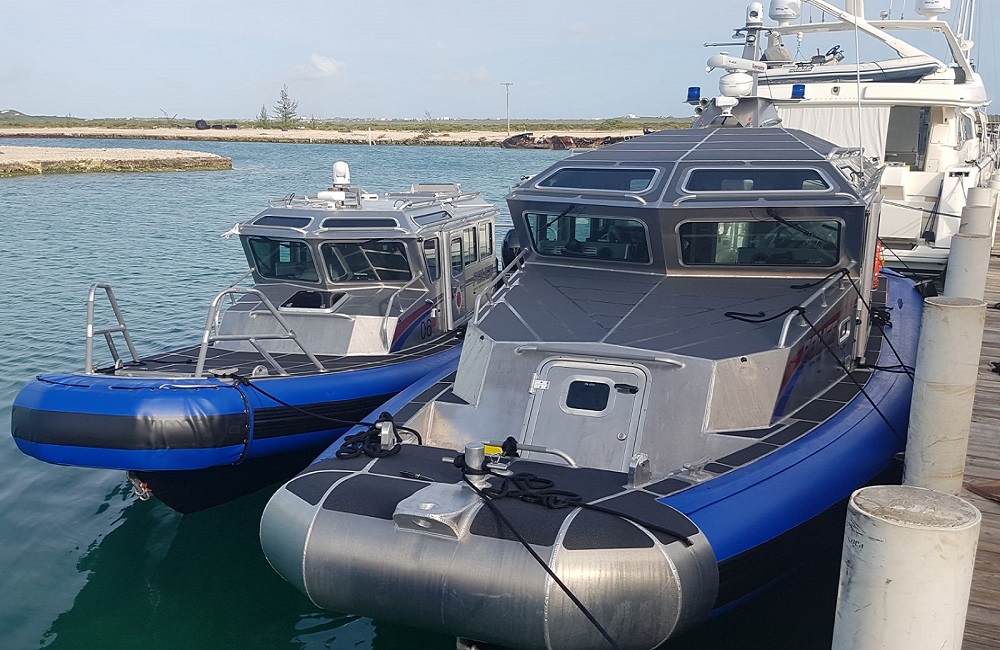 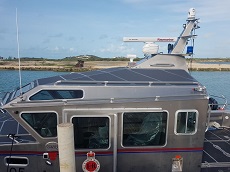 #TurksandCaicos, August 15, 2017 – Providenciales – More new additions to the Royal Turks and Caicos Islands Police as two sleek boats are added to the marine branch fleet to bolster surveillance, interception and marine patrol operations.    The Police Force new vessels have been long anticipated, are parked at the Southside Marina we understand and still have to be officially commissioned; that is expected to happen on Friday.

Photos of the sea craft are circulating on social media and show two Safe brand built boats; one a 44-footer, the other a 33-footer.    The larger vessel is power by a jet drive, while the smaller is powered by three outboard engines, 900HP.    Both boats will remain in Providenciales and brings the Force fleet to five.

#MagneticMedia has learned that these boats are fast and will be extremely useful in interceptions.