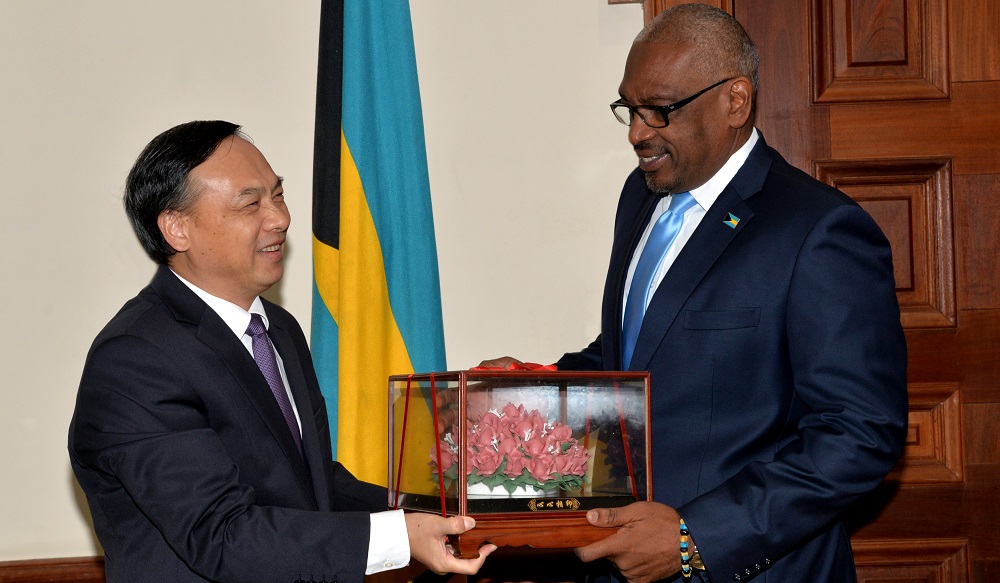 Bahamas, August 15, 2017 – Nassau – Ambassador of the People’s Republic of China to the Commonwealth of The Bahamas His Excellency Huang Qinguo made a courtesy call on Prime Minister, Dr. the Hon. Hubert Minnis on Monday, August 14, 2017 at the Office of the Prime Minister.