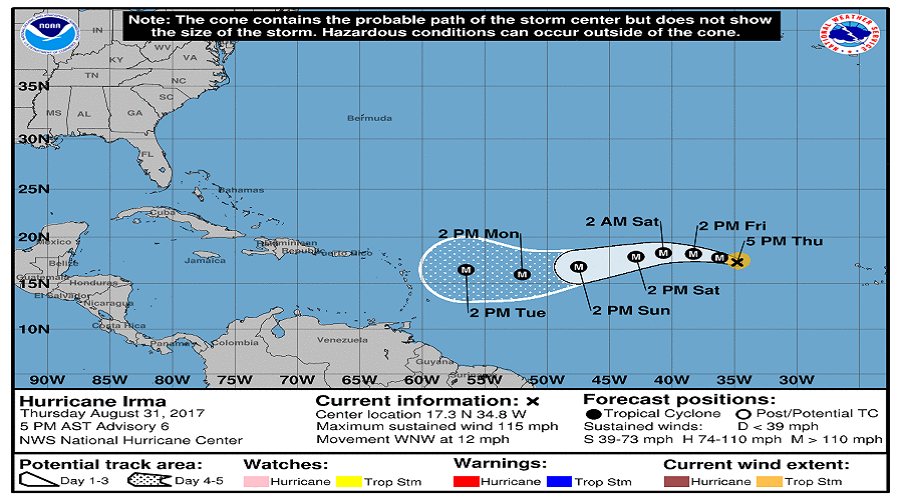 #TurksandCaicos, August 31, 2017 – Providenciales – The nation is put on alert now that Tropical Storm Irma has rapidly become a hurricane, a Category three hurricane which is barreling towards the islands of the Caribbean and while her trajectory over the next week includes many islands… experts are advising all to be prepared.

Based on a National Hurricane Center model, the storm will strike the Lesser Antilles by Monday but it is what #Irma does after that which becomes most import for the Turks and Caicos Islands.   We have learned that the #DDME this morning held a contingency meeting to discuss preparation and readiness in the advent of this major hurricane making a hit on these islands.

Category three Hurricane Irma has maximum sustained winds near 115 mph with higher gusts.    Fluctuations in strength, both up and down, are possible, but Irma is expected to remain a powerful hurricane for several days and at this time there are no watches or warnings for any land masses right now.

Hurricane Irma is moving WNW at 12mph.  Add to this a new tropical wave today rolled off the African coast, it is with a low chance for development in the next five days.