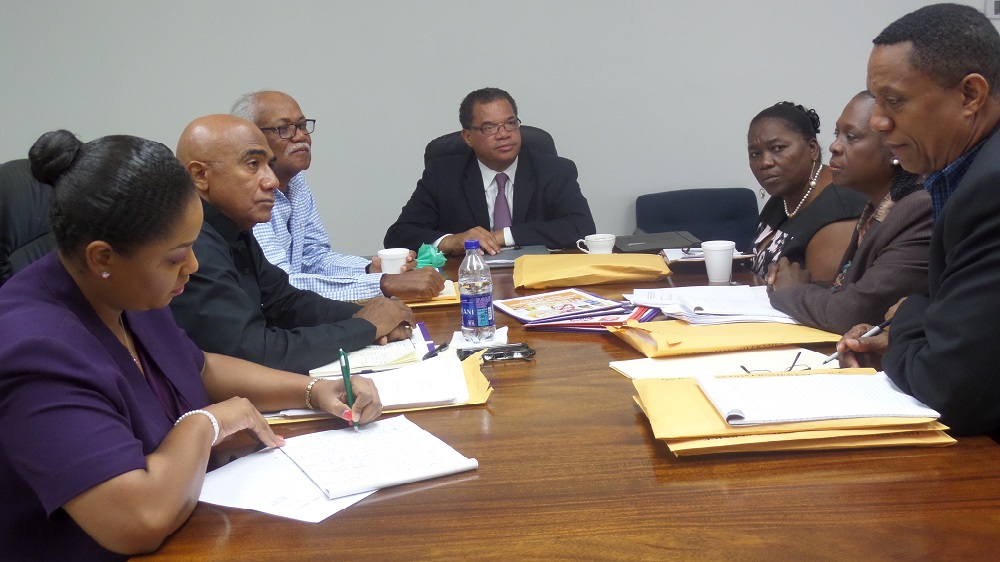 #Bahamas, August 31, 2017 – Nassau – The Minister of Labour, Senator the Hon. Dion Foulkes along with members of the newly-appointed Price Commission have vowed to protect the rights  of consumers throughout The Bahamas. Members of the Price Commission convened their first board meeting recently at the Ministry of Labour.

“We have a very seasoned and experienced board,” stated Minister Foulkes.   “We have Mrs. Synida Dorsett as Chairperson, who was once a Supervisor at the Consumer Unit and she also served as Secretary General of the Bahamas Public Service Union (BPSU) and the Deputy Chair, Mr. Earl Godet, a Businessman from Grand Bahama.   I am very happy that both of them, along with the other board members, some who hail from the Family Islands have accepted the appointment.”

Minister Foulkes said there are some serious issues concerning consumer affairs in the country and that the Price Commission and the Consumer Protection Commission must readily address them.    Among these concerns he noted were the newly introduced charges by some banks on various banking transactions along with other vexing consumer issues.

The Labour Minister said that he would like to see some synergy between all three of the consumer groups which fall under his portfolio so that they can be more effective.   In addition to the Price Commission, these groups include the Consumer Protection Commission and the Bahamas Bureau of Standards and Quality Services.