#Bahamas, August 18, 2017 – Nassau – Prime Minister, Dr. the Hon. Hubert A. Minnis met with officials of the Bahamas Girl Guides Association (BGGA) Thursday (August 17, 2017) during a visit at the BGGA’s Headquarters, located Marcus Bethel Way and West Bay Street.   The BGGA is a non-profit, voluntary organization for girls and young women.

Prime Minister Minnis was accompanied by His Excellency, Joshua Sears, Senior Policy Advisor, Office of the Prime Minister.   The Girl Guides Movement has been in existence in The Bahamas for more than 100 years (102 to be exact).

Prime Minister Minnis lauded the organization for the “outstanding work” they have done, and continue to do, in training and developing thousands of Bahamian girls and young women into productive, responsible and contributing members of society.

The leadership of the BGGA has managed to keep Guiding “relevant” in The Bahamas over the many years despite the many social, cultural and other changes that compete for the attention of girls and young women since the Movement first hit our shores 102 years ago.

“This Programme remains relevant because it is predicated on the premise of the girls learning social and survival skills, through a number of activities including camping, hiking, sports, community service, songs, fun and games,” Guiding officials said.

“Not only are these activities fun, but embedded in them also are opportunities for the girls to learn through the Patrol System for the girls to develop leadership skills and responsible citizenship at an early age.” 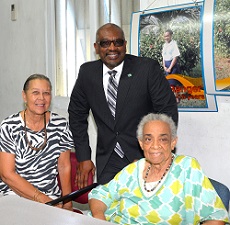 Guiding in The Bahamas has produced many outstanding women who have risen to the top of the Bahamian society in areas such as religion, education, administration, politics, public service, the judiciary, the legal profession, banking and finance, sports, business and industry and culture.

A number of them will forever be imbedded in the annals of Bahamian history as having served as “the First Female” Governor-General (Dame Ivy Dumont); first female Governor of the Central Bank (Mrs. Wendy Craig); first female elected to the Bahamian Parliament (the Hon. Janet Bostwick); First Bahamian female Magistrate and Judge (Mrs. Stephanie Unwala); First Female Director of Education in The Bahamas (Ms. Marjorie Davis) and Mrs. Keva Bethel, the First President, female or otherwise, of the College of The Bahamas (now University of The Bahamas).

The list of “First Female” title holders involved in Guiding does not stop there and goes on to include Dr. D. Gail Saunders, first female Archivist of The Bahamas; Ms. Melanie Roach, First Bahamian Female Civil Engineer and Director of Public Works; Mrs. Joy Jibrilu, the First Bahamian Female appointed as Director of Investments, Bahamas Investment Authority; and The Reverend Angela Palacious, First Female Deacon and First Female Priest in the Anglican Diocese of The Bahamas and Turks & Caicos Islands and others. 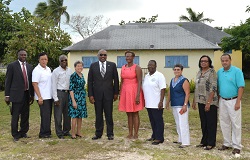 Guiding officials say the principles and values that are taught and adhered to, have made “an indelible impact in positively influencing lives and molding the characters of thousands of girls and young women, not only in The Bahamas, but indeed worldwide.”

Fundamental objectives of the Association are to provide girls and young women opportunities for self-training and discipline in the development of good character through service to God, country and fellowman, and to foster and promote a full sense of citizenship through community service and international goodwill.

The Girl Guide Movement was started in The Bahamas in 1915 and was incorporated as the Bahamas Girl Guides Association by an Act of the Bahamian Parliament on May 4, 1975.