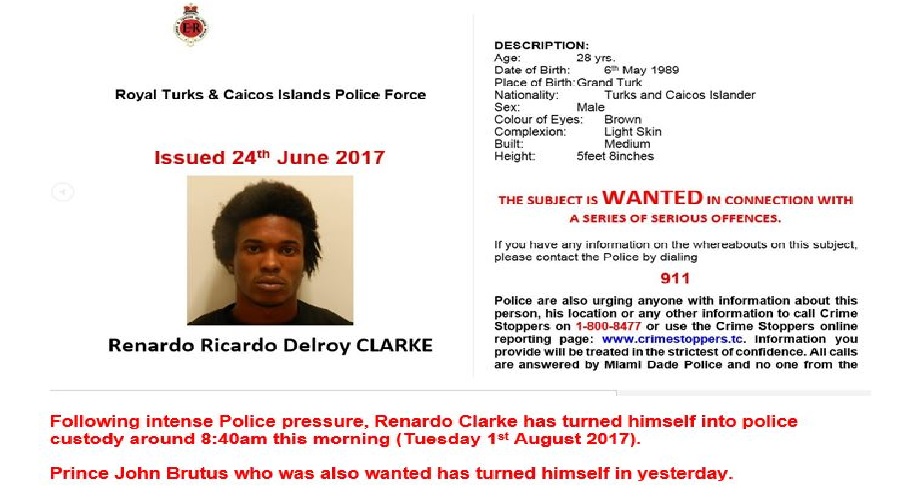 Turks and Caicos, August 2, 2017 – Providenciales – The final of the four men who were wanted by Police for possible questioning in the Kevin Newman shooting of late June are all in police custody now.    Renardo Clarke on Tuesday was reported as in custody; it is believed he turned himself into authorities and now we wait to see if any of the four men are linked to the string of violent gun crimes against tourists.