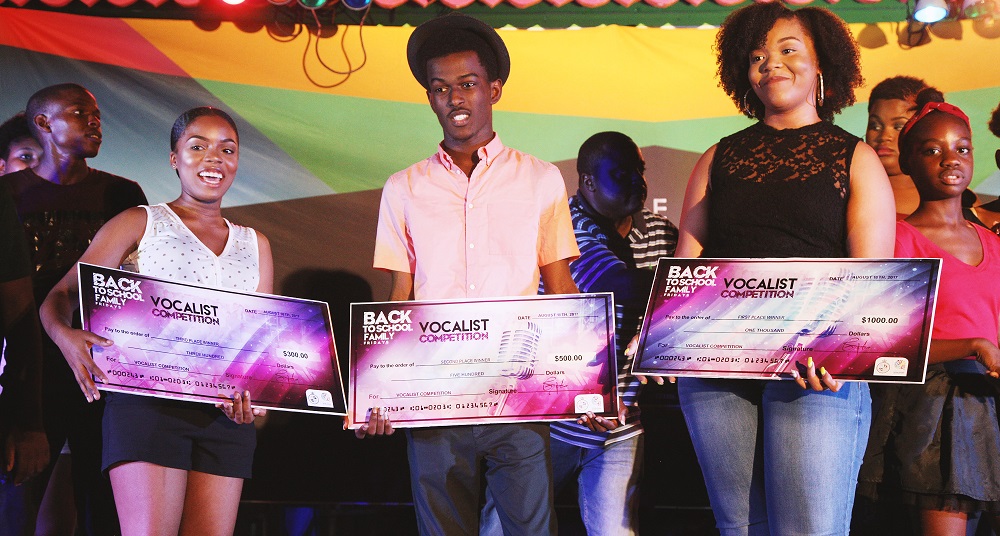 #Bahamas, August 28, 2017 – Grand Bahamas – ‘Test Your Talent’ was the theme of last Friday night’s vocalist competition at the Port Lucaya Marketplace, where more than a dozen competitors took to the stage, vying for the grand prize of $1,000 cash.   For nearly two hours residents and visitors were wowed by a spectacular display of local talent, while enjoying live performances from some of the country’s best entertainers.

The event was hosted by The Grand Bahama Port Authority, Limited (GBPA) and its Invest Grand Bahama Small Business Bureau (IGBSBB), in partnership with ‘A Taste of Port Lucaya’, an initiative of the Office of the Prime Minister on Grand Bahama. 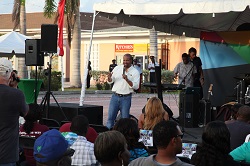 Sr. Manager of Business Development for GBPA and Invest Grand Bahama, Derek Newbold, notes that the vocalist competition was the 2nd in a line-up of several “Back to School Family Friday” events (BTS Friday) planned for the months of August and September.

“Our 2nd Annual BTS Friday events launched with Jazz and Poetry in the Square, held downtown #Freeport at Churchill Square.   It was a terrific evening of music and spoken word, which received exceptional feedback from both attendees and performers.    We were also very pleased with the event on Friday past; our 2nd Annual BTS Vocalist Competition hosted at the #PortLucayaMarketplace.   Participation was phenomenal and featured the amazing vocal abilities of young Bahamians.   The event was extremely well attended and the entertainment was first class.   Based on audience feedback via a Facebook survey, this event will certainly be added to our calendar of events next year for a third consecutive year,” Newbold expressed.

“We were excited to encourage residents to “BUY Local, SHOP at HOME”, by hosting back to school events for the second consecutive year. Understanding that entertainment and activities can be excellent drivers of consumer traffic, the BTS Friday events were created, in large part, to serve this very purpose.   Each event provides family friendly entertainment; it also focuses on driving traffic to local businesses by promoting their specials and discounts.   And lastly but most importantly, the BTS events are meant to encourage and reward residents for shopping at home for back to school via give-away items, prizes and coupons offered through the IGBSBB, in support of local businesses,” he explained. 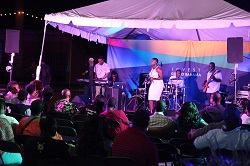 Amidst the robust sound of a #Junkanoo rush-out at Count Basie square, packed to capacity with audience participation; the evening culminated with the crowning of several talented and happy vocalists.   Project coordinator for the BTS Friday events and Business Services Manager, LaShawn Dames, commented that the evening was one to be enjoyed by residents and visitors alike.

“The program line-up was excellent; the competition was fierce between vocalists, and the judging was intense,” she stated.   “Berlicia Saunders, Anton Stubbs and Anna-Kay Green were the official winners of 1st, 2nd and 3rd place cash prizes $1,000.00, $500.00, and $300.00 respectively. Additionally, the audience participated via Facebook voting for the ‘People’s Choice Award’, which resulted in a tie for 1st place between Donnica Pinder/Berlicia Saunders. Second place was an A cappella trio – Wilciana Toussaint, Cassidra Thompson and Wilna Toussaint; and 3rd place was another tie between sisters – Dabria Forbes and Deijah Forbes,”  commented Dames.

“I imagine that our judges Kevin Tomlinson, Olivia Dorsett and Methice Rigby-Uptagraft all had a very challenging task; but, all-in-all it was an exciting evening that was extremely well received by the public.”