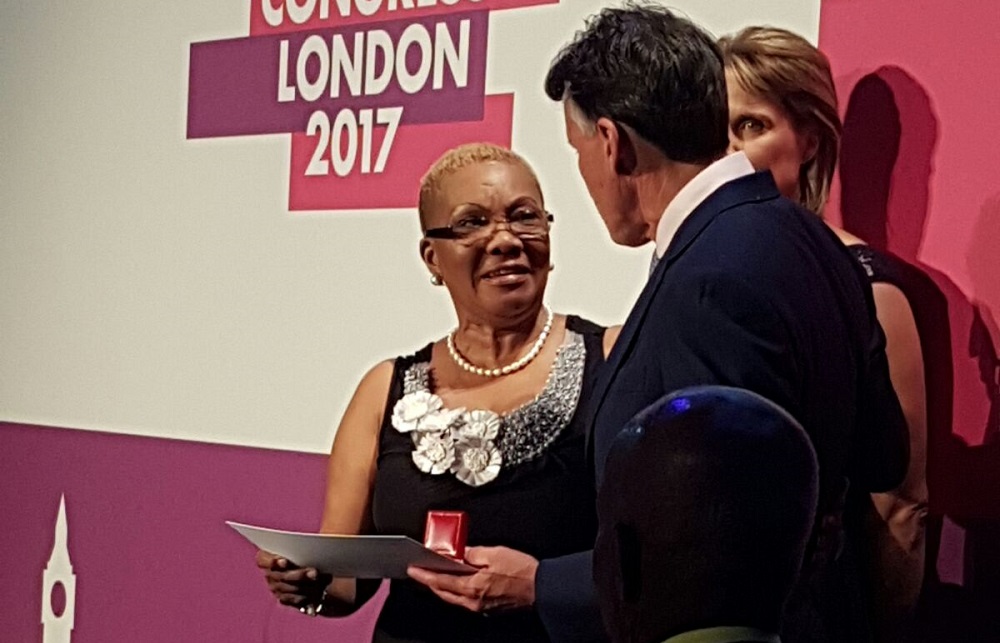 United Kingdom, August 2, 2017 – London – Turks and Caicos, Sports Hall of Famer, Rita Gardiner, MBE does it again, gaining global acclaim for her outstanding dedication to sports development in these islands and beyond.    Gardiner, at the meeting of the IAAF Congress in London, was among only three who received the IAAF Veteran pin as the World Games gets set to unravel in London August 4-13. 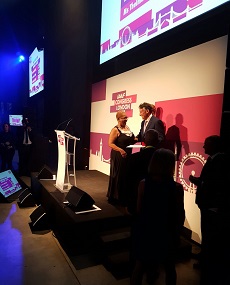 Gardiner said on her Facebook page that, “Receiving the award from President of the IAAF, Sebastian Coe and being congratulated by Victor Lopez, President of NACAC… I give God all the thanks and praise.    This is my time, my moment to reap my harvest.    Thank you God.”

Perhaps the next good news from this high caliber meet will be from Delano Williams, who is a part of Team Great Britain and will compete in the 4x400m relay or Ifeanyi Outonye, who will take on the men’s 200m for Team Turks and Caicos.