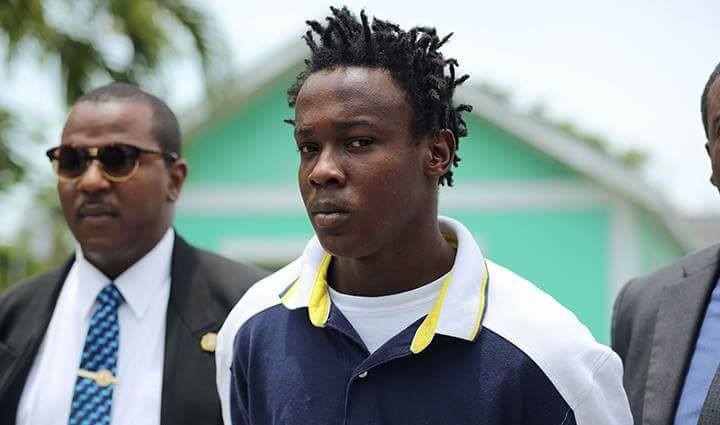 Bahamas, August 2, 2017 – Nassau – A boy, barely a man was charged in court this week in three murders and it points to the disastrous state so many of the young men of the country find themselves.   A state of mind and being which is dominating national addresses by national leaders as the country continues to suffer not only a wild spate of murders but the loss of so many of our boys to the grave, the jails and now possibly the gallows.

The man charged with two murders and one attempted murder is 18 year old Julio Deveaux of Morely Street.   Deveaux is charged with the September 2016 double homicide of Makenzie Telusnord and Mark Davis, and the attempted murder of 8 year old Avanti Morely.    Amazingly, despite the serious nature of the charges, Deveaux can apply for bail though right now he is on remand and is represented by attorney, Ian Cargill.