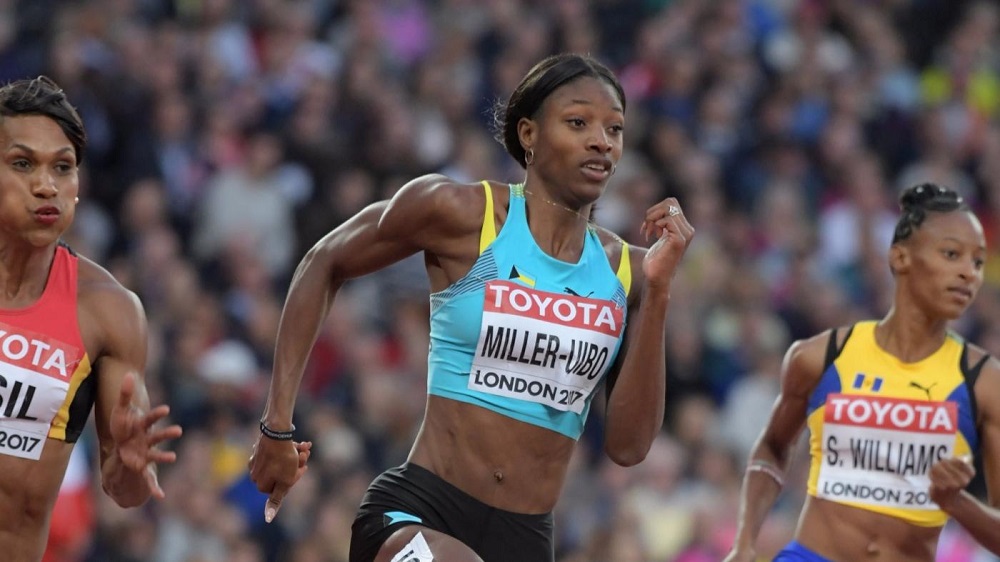 #United Kingdom, August 11, 2017 – London – Shaunae Miller, the Olympic Gold medalist just could not get it done at the World Championships the way she wanted to, the way we had hoped for her… she did medal today in that women’s 200m final ,but it was a bronze as she came in behind Daphne Schippers of the Netherlands and Marie Josée Ta-Lou of the Ivory Coast.

Also in that final, Tynia Gaither who was just thrilled to have made the final of the event, finished 8th.    Reporting on more of today’s happenings at the IAAF World Championships; Devynne Charlton did not advance to the final round after placing sixth in her 100m hurdles heat.  Charlton ran 12.95 in the event held today.

Donald Thomas of Grand Bahama also did not advance after his high jump event today; he came in at the bottom of Group A in the contest.   #TeamBahamas still has the men’s 4x400m to look forward to, the heats for those begin Saturday at around 6am local time.