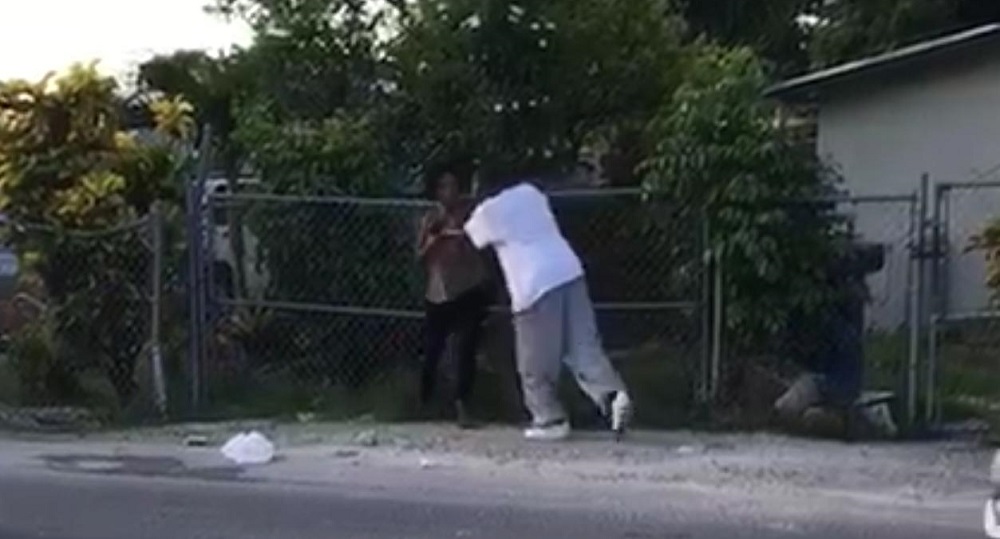 #Bahamas, August 22, 2017 – Nassau – The woman who was seen being roughed up and forcibly taken by two men from a Nassau neighborhood in a cell phone video is safe now; Police yesterday confirmed that they found the woman healthy in the back trunk of a Honda Accord vehicle.   Police were alerted of the situation around 7pm Sunday and Mobile Division officers caught the men at the corner of Taylor and East Streets; the two men were arrested when a search of that car revealed the woman was in the trunk.