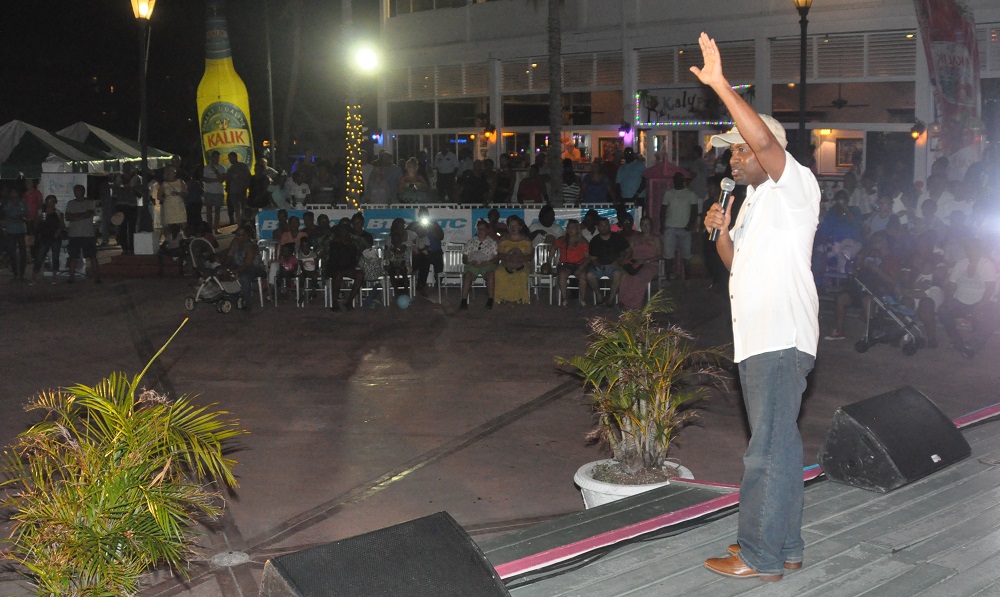 Bahamas, August 7, 2017 – Grand Bahama – Port Lucaya was a buzz of activity on Thursday night as ‘A Taste of Port Lucaya’ was officially launched.   The event will continue to be held every other Friday, through November except for the month of September.

Taking the stage shortly after 8:00 p.m., Minister of State for Grand Bahama in the Office of the Prime Minister, Senator the Hon. Kwasi Thompson, thanked the guests for coming out and supporting Port Lucaya.

“The only way that we will thrive and survive, is if we do it together.   So I want to thank all of you.”   The Minister then got the residents and visitors engaged, and encouraged all in attendance to spend some money.

In an effort to generate economic activity in the once thriving shopping and entertainment venue, the Office of the Prime Minister in Grand Bahama partnered with the Ministry of Tourism, BTC, Port Lucaya Marketplace, hotels and other businesses to produce an entertainment-packed event that would be attractive to both visitors and locals.

With the launch being hosted by Nassau’s social media sensation, Sawyer Boy, the entertainment acts flowed quickly and smoothly with never a dull moment.   Rake ‘n Scrape, Goombay Dancers, Junkanoo and local entertainers provided the non-stop entertainment while vendors filled the tents surrounding the square with arts and crafts for sale.

PHOTO CAPTION: A TASTE OF PORT LUCAYA – The entertainment and cultural event, ‘A Taste of Port Lucaya,’ was officially launched on Thursday night to a crowded venue, which included visitors and residents.  Minister of State for Grand Bahama in the Office of the Prime Minister, Senator the Hon. Kwasi Thompson, welcomed all present and encouraged them to support the businesses in the area.  (BIS Photo/Vandyke Hepburn)