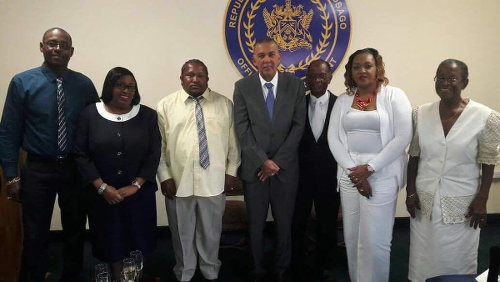 Trinidad and Tobago, July 6th 2017 – Port of Spain – A female member of parliament in Trinidad and Tobago has now made history as the shortest-serving minister in the country’s history, and possibly the region. Just 48 hours after being sworn in as Public Utilities Minister, Marlene McDonald was fired – again.

Prime Minister of Trinidad and Tobago, Dr. Keith Rowley had re-awarded McDonald a seat in his cabinet last week. However, two days later Rowley advised President Anthony Carmona to revoke the appointment, allegedly over the guest Mrs. McDonald invited to her swearing-in ceremony.

In March 2016, Mrs. McDonald, the then Minister of Housing and Urban Development was placed under investigation by the integrity commission and later fired, after allegedly giving her husband and brother positions in her constituency office, breach in Parliament rules and suspicions of mismanagement of her ministry’s finances. After 15 months without any evidence to charge or any basis to say that she had breached any laws, the Prime Minister announced a reshuffling of cabinet and appointed McDonald a position in cabinet once more.

However, the public was shocked when photos from the swearing-in ceremony surfaced, showing Mrs. McDonald’s guest, an ex-gang leader standing in the company of national dignitaries. As a result of the negative backlash, Mrs. McDonald was fired last Friday.