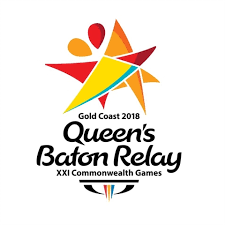 Turks and Caicos, July 10th 2017: It’s almost here, The Queen’s Baton which will arrive tomorrow, Tuesday 11th July here in the Turks and Caicos. While it will make its way across the islands, several sporting teams will participate in the 20 plus leg event, starting at Heaving Down Rock, TCI Ferry to Entrance at Flamingo Cafe with the TCI Cycling Federation. From there it will be one person relay from the road to the beach.

At Flamingo Cafe Beach, the Swim and Triathlon Federation will take the Baton to Royal West Indies beach. Bradley Walkine will then receive the Baton from the beach to the street. The route then follows to Casa Blanca Casino then to Coco Bistro and several other points until its final stop in Providenciales on Thursday before its leaves the TCI.

Sportsmen and women from various leagues including the Volleyball Federation, Softball/baseball federation, Basketball and Rugby will be on hand to receive the baton along the route.

The Baton’s visit to these shores will culminate in Providenciales for the famous Fish Fry.