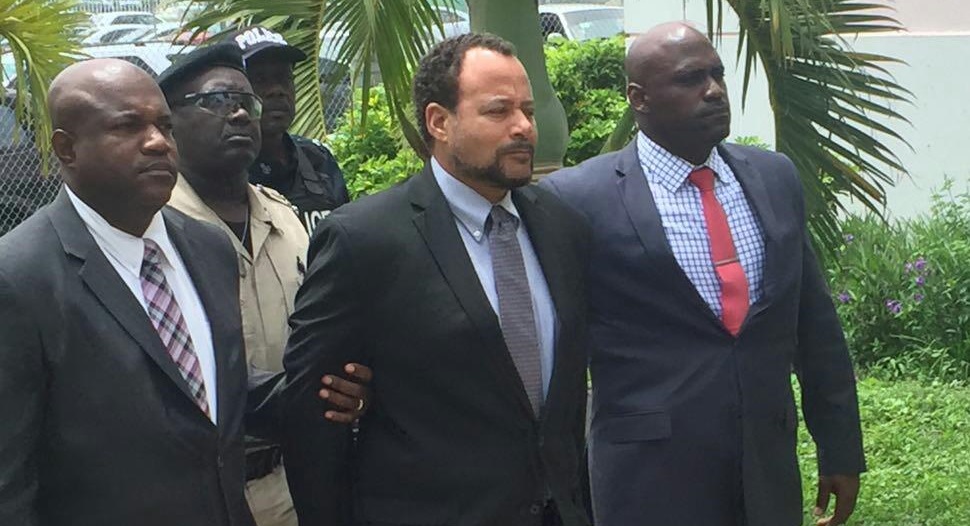 Bahamas, July 20, 2017 – Nassau – Former PLP Senator, Frank Smith will spend a second night in police custody after his day in court today was delayed to tomorrow. Smith was reportedly interrogated by Police and was today escorted into the courthouse, wearing a dark coloured suit, looking clean shaven but handcuffed at the back and with head upright for a late afternoon session but his file was not ready. 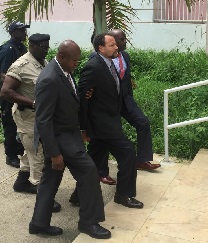 This means it is one more night in a police jail cell and a return to court tomorrow for the former chairman of the Public Hospitals Authority.   Frank Smith’s attorney, Damian Gomez, QC expressed shock at the fact that the file on Smith was not ready and told one media house that it was a veiled attempt to prevent a bail application for Mr. Smith.

Smith has been in custody since Wednesday at 11am, he is due to return to court where Joyann Ferguson-Pratt is Chief Magistrate, tomorrow at 11am and was accompanied at court by his wife, father in law Sir Franklyn Wilson and mother in law, former President of the Senate and judge herself, Sharon Wilson.   While there is speculation of the impending charges against Smith, in court tomorrow is where we will know for sure what his alleged crimes are.