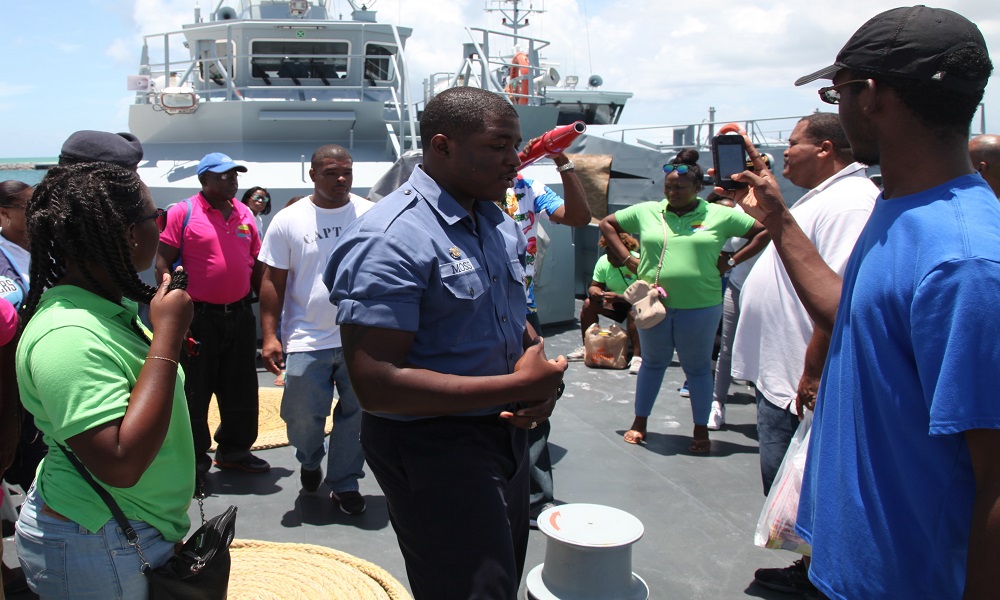 Coral Harbour Base, 18 JUL. ‘17 (RBDF) – Sixty educators from the Ministry of Education, Science and Technology were special guests at the Royal Bahamas Defence Force Base during their visit on Wednesday past. 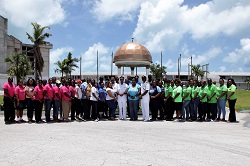 The group of visitors, led by Education Officer in the Ministry of Education, Perlene Baker, comprised of teachers who specialized in History, Geography, Civics and Social Studies. These Senior High School teachers represented Public and Independent schools both in New Providence and several of the Family Islands.

They were all greeted by Commander Defence Force, Commodore Tellis Bethel, who welcomed them at the base. After commending them for the duties they perform on a daily basis, Commodore Bethel shared with them a vivid account of the social and historical events which led to the formation of the Royal Bahamas Defence Force. He also gave an overview of the mandate, vision, goals and duties of the Defence Force.

The visit concluded with a brief tour of the base, which included a visit onboard the Defence Force craft HMBS Durward Knowles.

RBDF Visit Photo one shows: Marine Seaman Christopher Moss giving the educators from the Ministry of Education a tour of HMBS Durward Knowles at the Defence Force Base on July 12, 2017.

RBDF Visit Photo two shows: The Sixty educators from the Ministry of Education, Science and Technology standing in front of the HMBS Flamingo Memorial Park Monument during their recent visit on July 12, 2017 at the Defence Force Base.