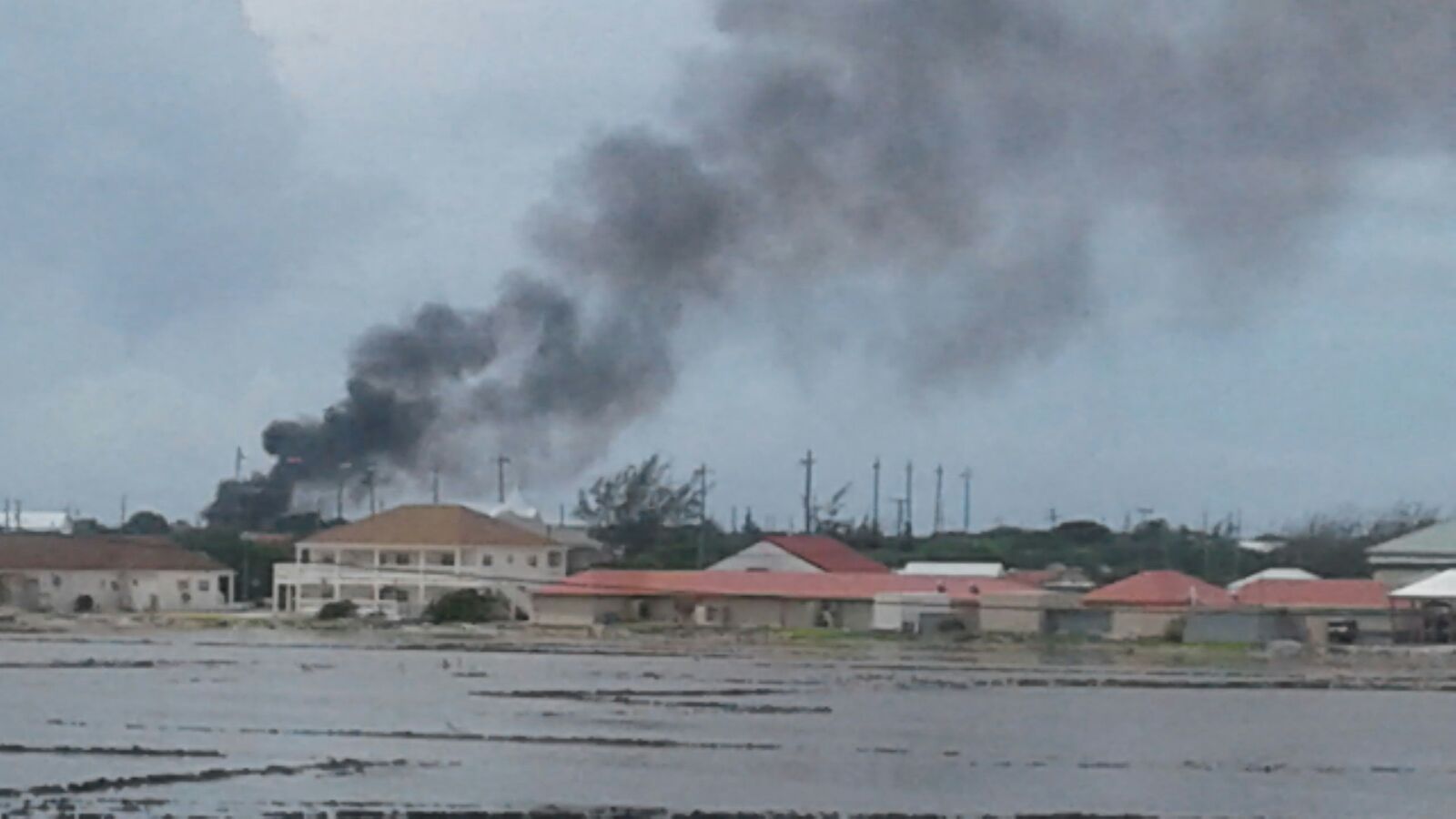 Turks and Caicos, July 19, 2017 – Grand Turk – Residents of Grand Turk were praised highly for their community effort, which along with the airport’s fire truck eventually saw a house blaze extinguished last Thursday.   The residents had to ban together to contain a fire without the help of proper fire-fighting equipment because the fire was threatening a second home.

The airport’s fire crew was unable to leave the JAGS McCartney international Airport because flights were on the ground; there is no domestic fire service in Grand Turk.   The first home was gutted by the flames and it again raises the issue that despite huge financial overflows, the Turks and Caicos Islands Government continues to not invest in a domestic fire unit for the Capital of the country.

Grand Turk is also where thousands of tourists visit via cruise ship on any given day and is home to the seat of Government, including Parliament and the Governor’s residence, Waterloo.    Still, Home Affairs Minister, Delroy Williams expressed in a media statement sadness at the loss for the Missick family and explained again, that the domestic fire unit will not come until the next fiscal year.

“My Government is deeply concerned about the frequency at which fires are occurring and have committed to ensuring that resources are available to provide domestic fire services on the island of Grand Turk during the next budget cycle.”

There have been three fires so far this year in Grand Turk, including the complete loss of over 200 year old Victoria Public Library.  The cause of the Misick house fire is unknown, the Fire Department and Police Force are investigating.