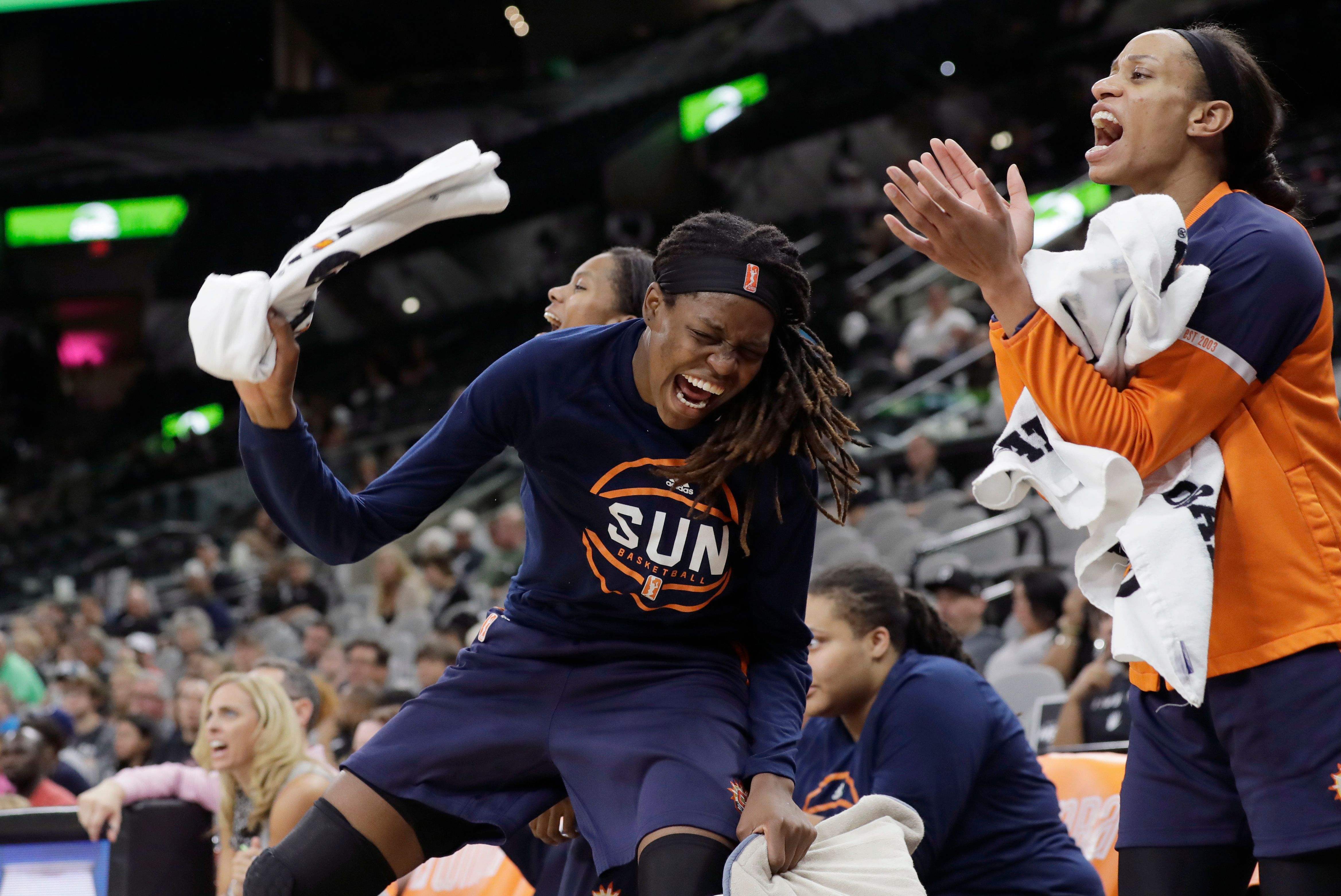 Bahamas, July 24, 2017 – Nassau – In her first All-Star Game at Key Arena in Seattle, Bahamian WNBA star Jonquel Jones of the Connecticut Sun led all scorers with 24 points, three 3-pointers, nine rebounds and ended the game against the West All-Stars with an All-Star slam dunk.

Even though her team, East All-Stars, lost the game 130-121, Jones solidified herself as one of the top talents in the WNBA with her impressive performance.

Jones turned heads in the last quarter of the game when players from both sides cleared a path for her to drive the lane and slam home a dunk that sent both benches and the Key Arena crowd into a frenzy. It was a performance that would have likely earned her MVP honors had the East won. Instead, the award went to the West’s Maya Moore.

In a postgame interview with ESPN’s LaChina Robinson, Jones thanked the Bahamian public for their support in the voting campaign.

“The Bahamas is me, I am the Bahamas. Everybody there I think is one of the main reasons why I’m here as a starter because they voted, they got on social media and allowed me to be here so I’m happy to grow my game and it’s going to allow me to go back to the Bahamas and do more things for the youth so I’m just really excited about everything,” she said.

Jones, at 6 feet 6″, is averaging 15.8 points and 11.2 rebounds, the only player in the league to be averaging double figures. Prior to the season, a panel of WNBA general managers voted Jones as the player most likely to have a breakout year. She may also be in line for another post-season award as one of the league’s most improved players.