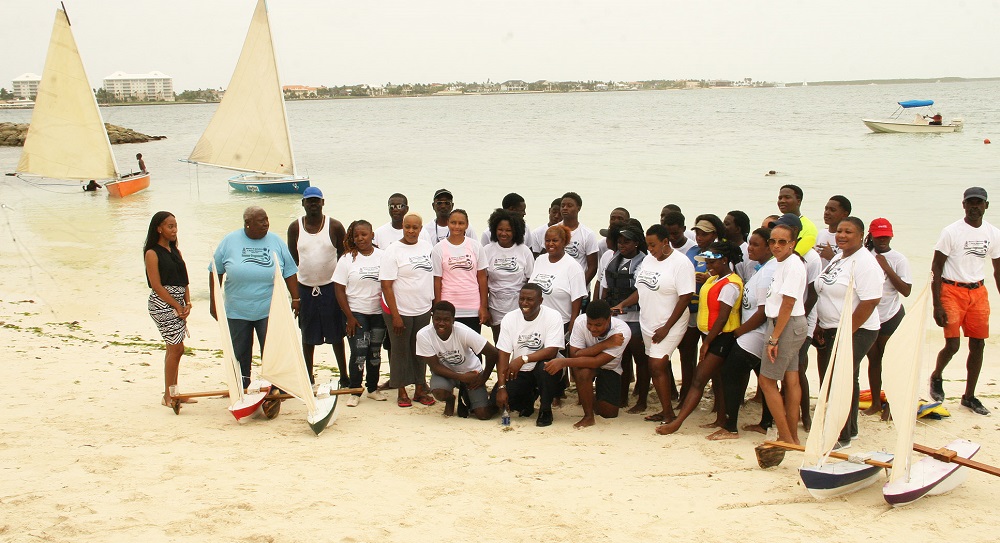 Bahamas, July 25, 2017 – Nassau – Thirty youths participating in the Ministry of Agriculture’s 2017 Summer Sailing Club Programme met the Minister of Agriculture & Fisheries, the Hon. Renward Wells, at the dock on Montagu Beach, July 21, to acquaint him with the 100-plus-year-old tradition of miniature sloop sailing, using kamalame boats.

Minister Wells said “his Ministry is focused on getting the youth involved in the sport because it opens the opportunity for the youth to experience the culture, sustain it, and keep the interest going.”

Each of the 30 participants sail kamalame sloops and race in the Sunfish Class.   The practice has been part of Out Island culture passed down from generation to generation, where young people are taught to carve the two-foot boats out of kamalame bark, sew the sails and mount them on the boats, then compete with each other by racing them in E-Class Regatta races. 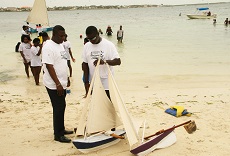 The Ministry of Agriculture & Fisheries, which has always sponsored the 10-year-old sailing club programme, started by Mr. Sheldon Gibson, is partnering for the first time this year with C.V. Bethel School to expand the programme.    It runs for four weeks and incorporates instructors of swimming, sailing, first aid, craft making, and sea survival.

C.V. Bethel school is known for supporting the pilot programme and especially for having its own boat called “Old Faithful”.    Each of participating students had to assist with repairing the boat, as well as practice the skills they learned in how to build boats, sew sails, and race them.