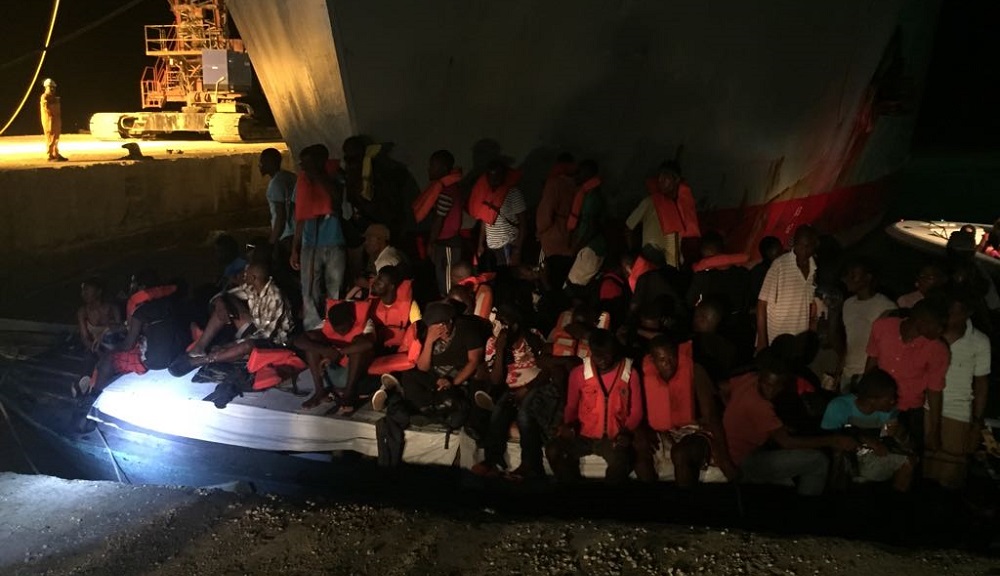 The 35 foot purple and black sloop supported by a 9.9  Nissan engine and a 70 horse power Evinrude engine was taken into South Dock with 99 souls onboard (79 males and 20 females). Upon arrival at South Dock they were handed over to Immigration Officials and escorted to the Detention Centre for processing and detention.

A search for illegal drugs and firearms were conducted on the sloop, but nothing was found.

In a separate incident, on Sunday 30th July 2017 around 11:13am, after receiving a report from Coastal Radar Station about a suspicious vessel, Marine officers saw a 15 ft boat with 5 males onboard, two (2) of the males had no status and was detained for Immigration purposes. They were handed over to Immigration for processing.