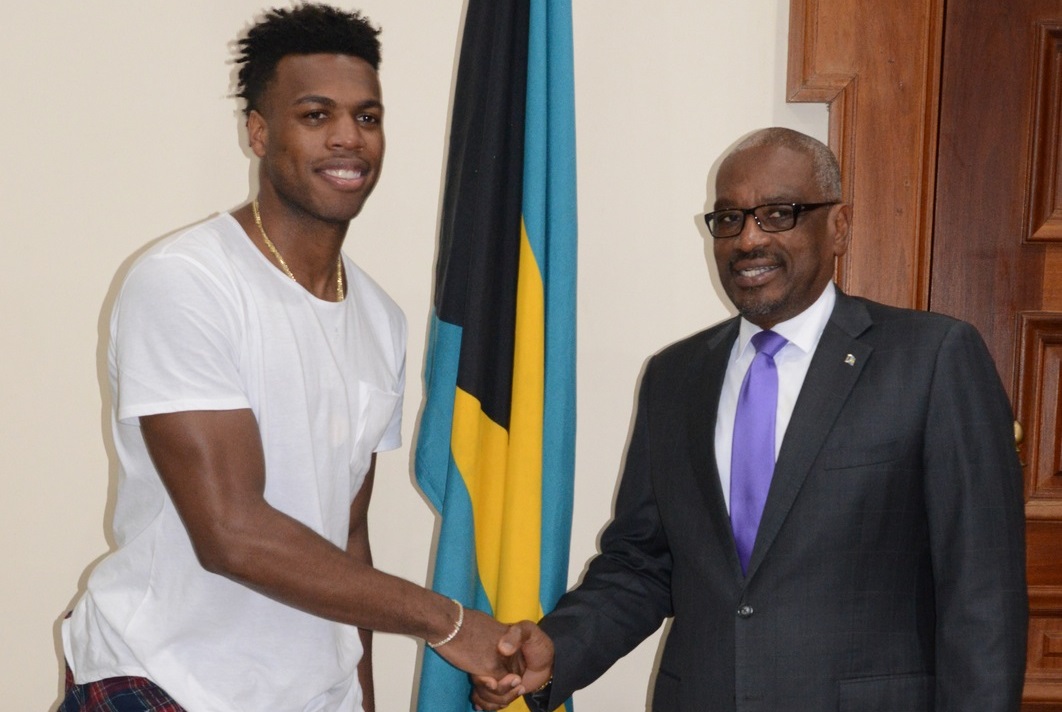 Bahamas, July 31, 2017 – Nassau – Bahamian NBA player from Eight Mile Rock is home and no doubt, all eyes will be on the Rising Star – Buddy Hield.    Hield is home for a lot of reasons, surely, but when it comes to business, the 23-year old, who now plays for the Sacramento Kings is hosting a one week Basketball Camp for girls and boys in Grand Bahama.

The camp is one of four, and is the longest running Basketball Camp by Buddy, who has held similar events in the US and in Nassau.  While in Nassau, Buddy paid a courtesy call on the country’s new leader and had the man gushing and yes, even blushing at the humbling experience.   Prime Minister Dr. Hubert Minnis admitted that standing with Buddy was the closest he has ever been to an NBA player; he lauded young Buddy for his accomplishments.   No. 24 for the Kings congratulated Dr. Minnis on his win at the polls.

Later, the Prime Minister joined Mr. Hield at the Kendal G. L. Isaacs gymnasium for Buddy’s Basketball Workshop.  The workshop in Grand Bahama begins today from 9am to noon for all ages.