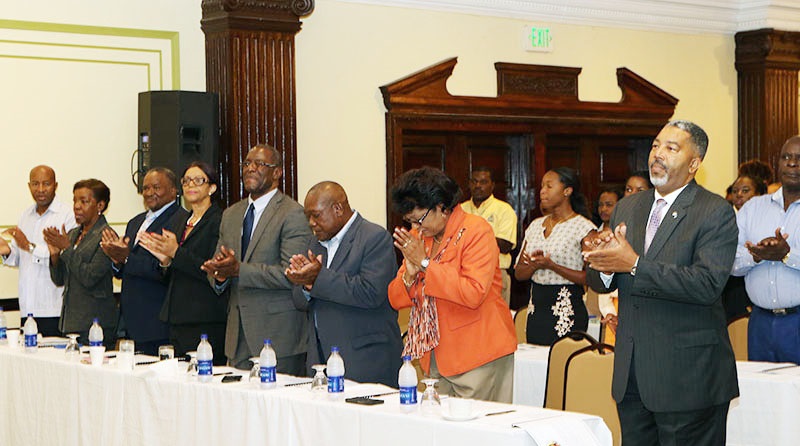 Bahamas, July 6, 2017 – Nassau – Over 50 students participated in a closing out ceremony marking the end of a one-year term as junior councilors. The initiative, which comes under the umbrella of Local Government, provides an opportunity for students to participate and contribute to their communities. The event was held under the theme, ‘Toward the Rising Sun: One God, One People, One Bahamas.’  The ceremony was held at SuperClubs Breezes on Thursday, June 29.

Delivering the keynote address was the Minister of Transport and Local Government, the Hon. Frankie Campbell who congratulated the students for their participation and encouraged them to continue to contribute to their communities.

“Today is emblematic of the journey of life,” said the Minister. “This country has been lacking a succession plan. Programs such as this provide you with an opportunity to participate in your future. Your future is now. Your tomorrow is dependent on decisions that you make today. I would, therefore, urge you to consider that when you make decisions about your future.” 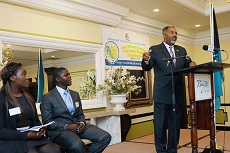 Director of Local Government, Charles King (who will be retiring and be succeeded by Cephas Cooper) was also in attendance. The Director congratulated the students and told them that he ‘hoped’ that the experiences have placed them on a path of continued success.

“Serving your peers, would have been a priceless experience in your respective schools, communities and islands; now strive as Junior

Councilors to make your mark in our society as your involvement in this program speaks volumes of the potential that you have within,” said Director King.

Also bringing remarks was Permanent Secretary in the Ministry of Transport and Local Government, Mrs. Lorraine Armbrister, who encouraged the students to “remain focused” and stay on the path of productivity.

“Continue to develop those leadership qualities which allow you to serve. Our country needs all hands on deck,” said the Permanent Secretary.

The Junior Councilor Programme started in 2010. The programme provides the opportunity for students to contribute to their communities. This year, 10 schools representing eight districts from throughout the country, participated in the programme.

Minister of Transport and Local Government the Hon. Frankie Campbell addresses the audience from the podium as young Member of Parliament Travis Robinson looks on.  The Minister is also pictured in the audience (at right) with (from right) Permanent Secretary Lorraine Armbrister, Director of Local Government Charles King, and other Local Government officials.  (BIS Photos/Raymond A. Bethel, Sr.)