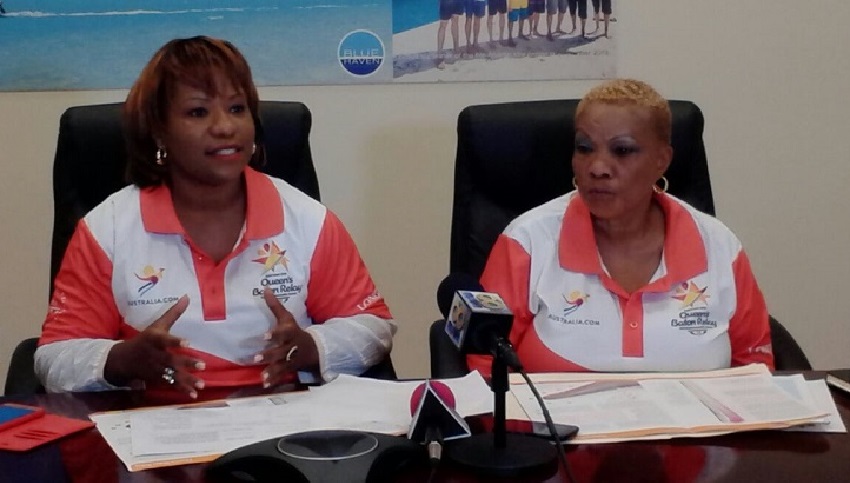 Turks and Caicos, July 5, 2017 – Providenciales – The Queen’s Baton Relay is now in Jamaica and arrives in the Turks and Caicos Islands by next Tuesday for a trek that will take it throughout all of the islands this time around.

Former athletes, current athletes, sporting bodies, civic, church, community and country leaders will all participate in moving the Queen’s Baton around the islands.

The Baton, which usually makes this journey has special features, including that it lights up with the colours of the Gold Coast which is where the 2018 Commonwealth Games are going to be held and it transmits where it is.

Residents have many opportunities to get photos with the baton including at the finale leg in the Turks and Caicos which is at Island Fish Fry next week.   Acting Governor, Anya Williams and Premier Sharlene Robinson will receive the Queen’s Baton on July 11 at the Provo International Airport.

Secretary General of the Commonwealth Games Committee in the TCI, Rita Gardiner told media Tuesday that the Baton will travel from South Caicos to Salt Cay to Grand Turk through Provo and North to Middle Caicos, back to North Caicos and into Provo where in that final stretch it will be carried into the Bight Park at fish fry by Tourism Minister, Ralph Higgs and the entire Commonwealth Youth Games Team, which numbers 31 athletes.