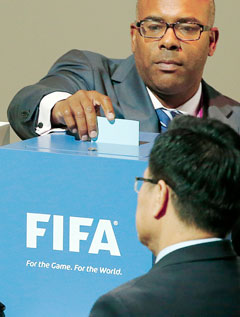 Blake was arrested last week on allegations of transferring two US$600,000 payments from the association’s Butterflied Bank account to its loan account at Fidelity Bank. Blake and his lawyer has since stated that the payments were loans to CIFA to aid in financing an existing loan and to remove charges on the Centre of Excellence in compliance FIFA regulations.

Canover Watson, treasurer, was the second person arrested in relation to the same CIFA probe, and is currently serving seven years in prison on various fraud convictions.

This, however, is not the first time a member of the Cayman Islands Football association was arrested under money laundering or corruption charges. In fact, several Caribbean nationals, who are members of CONCACAF and FIFA have also in recent times been associated in similar suspicious allegations.