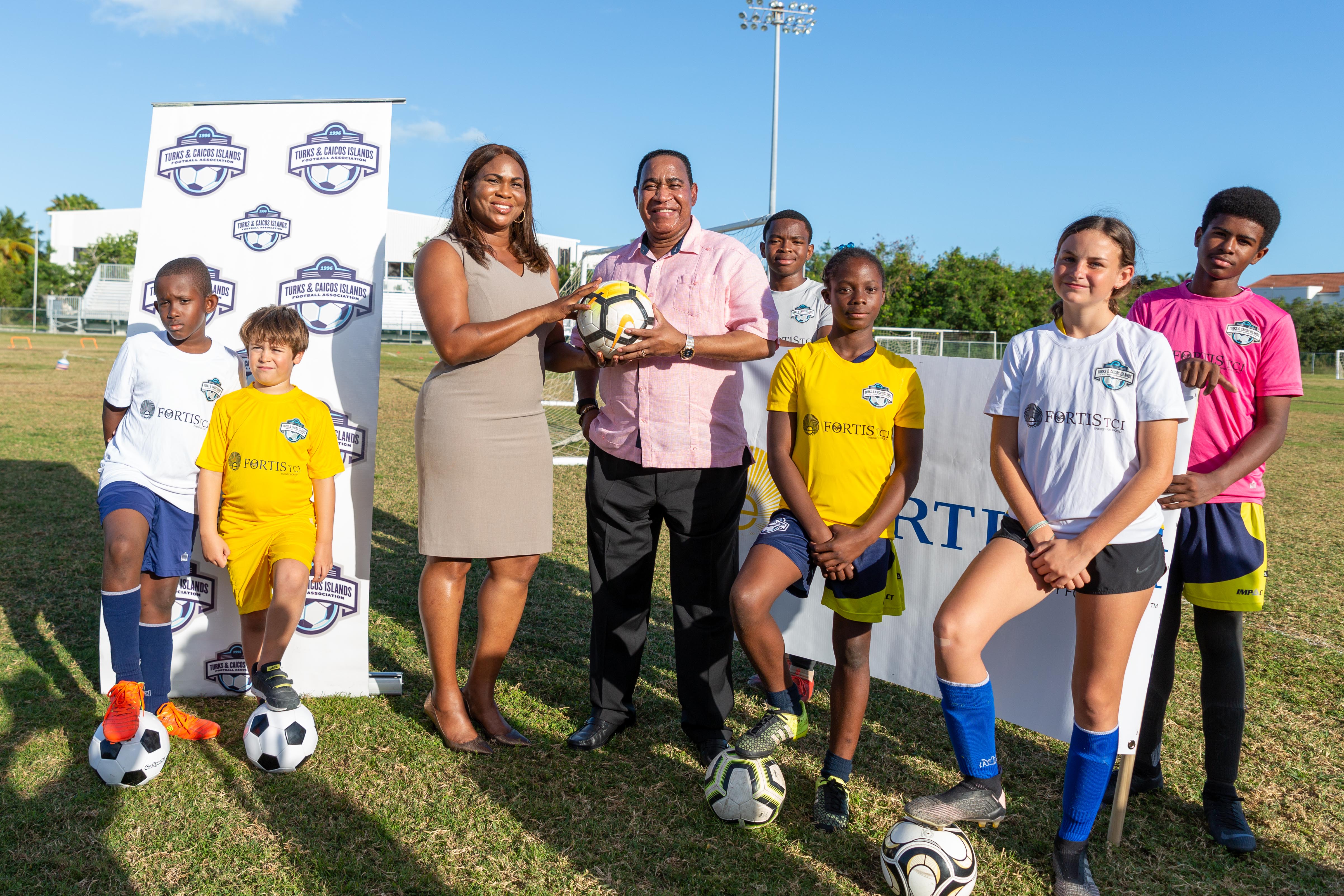 #Providenciales, Turks and Caicos Islands (Wednesday, February 5, 2020) – FortisTCI and the Turks and Caicos Islands Football Association (TCIFA) announced this week, a three-year partnership to further develop youth football across the country. This partnership also facilities a restructuring that will see the introduction of an Elite Youth Football League featuring six Under-14 boys’ teams comprising three teams in Provo and one team each in Grand Turk, North Caicos, and South Caicos. Games will be played on Saturdays in Provo between April 25 and May 30, 2020.

This three-year partnership continues FortisTCI’s sponsorship of the first competitive youth football leagues across the Turks and Caicos Islands, which the company signed on to in 2017. The FortisTCI Youth Football League began in Providenciales in that year with over 282 players aged nine to 13 years, and in 2018 expanded to Grand Turk, South Caicos and North Caicos. Over three seasons, the league experienced significant growth, with the number of players almost doubling. Growth was also seen in the number of games played over each season, bringing the youth leagues close to the minimum number of competitive games stipulated by FIFA, the governing body of world football.

For the 2020 season, the FortisTCI Youth Football League will feature co-ed teams of Under-10 and Under-12 players. The league will commence on May 18 and end on June 26, with games played across the islands of Provo, Grand Turk, North Caicos, and South Caicos.

FortisTCI’s sponsorship goes beyond financial contributions. Through staff volunteerism, the company will also maintain its weekly fruit and water stand for players on game days, in all islands, to provide nutritional support. FortisTCI employees look forward to supporting and encouraging the players in this way.

TCIFA President Sonia Fulford-Missick said, “Once again, the TCIFA extends massive gratitude to our Diamond Sponsor FortisTCI. The relationship between TCIFA and FortisTCI has resulted in the growth of the grassroots and youth programmes and the quality of the players. The continuance of this relationship allows us to launch an Elite League that will provide regular competitive games for our highly skilled youth players across the islands. This inclusive approach is as a result of FortisTCI’s commitment and dedication to the development of football in the Turks and Caicos Islands.”

FortisTCI President and CEO said, “FortisTCI is pleased to again work with the TCIFA, which continues to demonstrate its commitment to youth football development in the positive way it administers the league, and in the strong relationship we have enjoyed over the last three years. Our support of youth football is in keeping with our corporate social responsibility focused on education, youth sports, heritage and culture, health and wellness, and the environment. We know that the 2020 season promises to be another exciting encounter and we value being a part of the growth and development of youth football in these islands.”