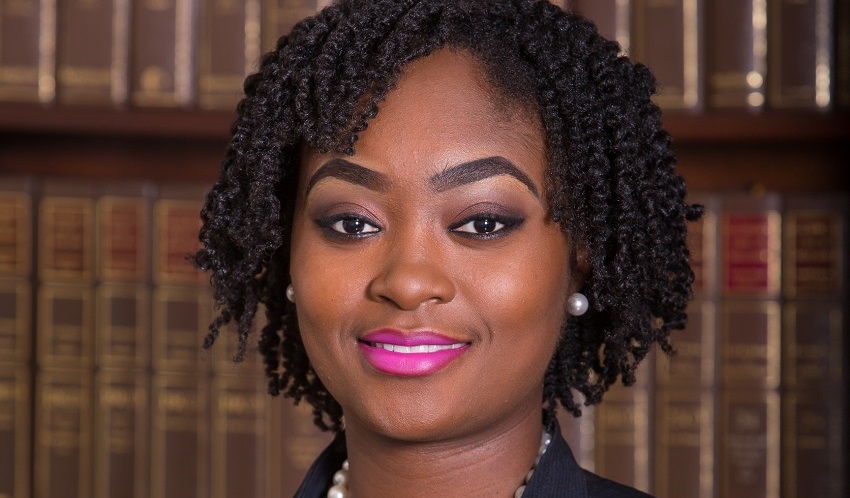 Ms. Bootle is one of only seven Bahamians to have graduated from the Institute with two of the former graduates applying the knowledge to public sector positions.

“We are extremely pleased to congratulate Syneisha Bootle on this accomplishment,” said Fred Smith, QC, Callenders Managing Partner.   “Callenders has had a long history as pioneers in maritime law under the direction of senior attorneys including Lester Mortimer and the late Colin Callender.   Ms. Bootle strengthens the level of expertise at a time when The Bahamas will enjoy greater opportunities than ever before to play an important role in maritime affairs as new cruise ships and commercial vessels are commissioned and built at record pace and seek registration and business with reputable, efficient jurisdictions.”

Ms. Bootle, who did her dissertation on the The Bahamas Marine Insurance Act 1908, detailing the need for reform to comply with standards set by the UK’s Insurance Act 2015, including the regulations against dumping at sea, earned her first Associates in Law and Criminal Justice degree from The College of The Bahamas.   She then attended Keele University, Staffordshire, UK, earning an LLB.   Ms. Bootle completed the LLM Bar Professional Training Course (BPTC) with a Very Competent classification at Northumbria University, Newcastle-upon-Tyne, UK in 2015.   While completing the Bar, Ms. Bootle, also obtained a Masters Degree in Marine Insurance from Northumbria University.   She was awarded the Ede and Ravenscroft Prize for the best Masters Project.   While studying in England, Ms. Bootle attained the qualification of Accredited Mediator through the London School of Mediation and was called to the Bar of England and Wales (Lincoln’s Inn) in July, 2015, The Bahamas Bar that same year and joined the team at the Nassau office of Callenders & Co. where she had interned for six consecutive summers.    She is a member of the International Federation of Women Lawyers, The Honourable Society of Lincoln’s Inn, UK and The Bahamas Bar Association.