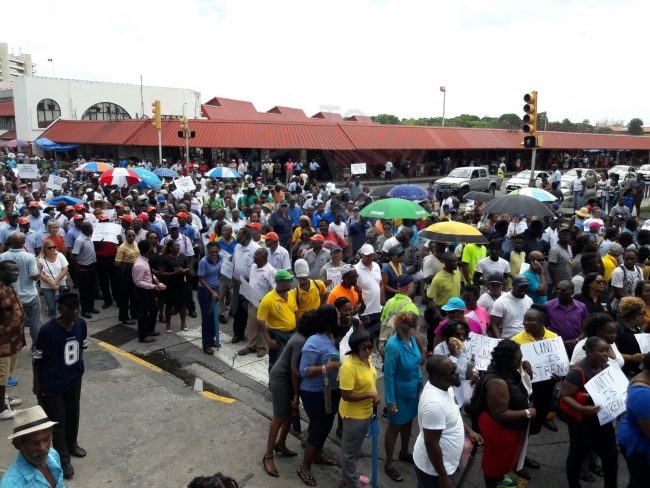 Barbados, July 24, 2017 – Bridgetown – Thousands upon thousands of Barbadians of Barbadians are on the streets in the capital Bridgetown today, in support of a joint march being staged by the island’s four main trade unions and the Barbados Private Sector Association. With an estimate of 15,000 people out in the streets, the march is the largest national industrial action since 1993.

Members of the Barbados Workers Union, the National Union of Public Workers, the Barbados Union of Teachers, the Barbados Secondary Teachers Union all took part in the march this morning. Several businesses have closed their operations for the first part of the day to allow workers to join the march aimed at pressuring the Government to return to the negotiating table to discuss recent austerity measures outlined in the 2017/2018 Budget.

BWU General Secretary Toni Moore told Barbados Today the unions and the private sector are acting in the interest of Barbadians. 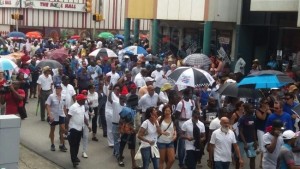 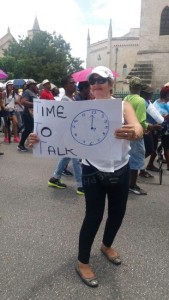