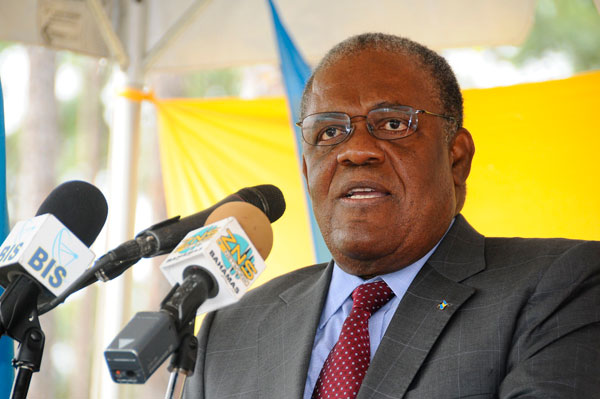 Bahamas, July 6th 2017 – Nassau – Former Prime Minister Hubert Ingraham is warning the FNM to remain “humble”. Speaking from experience, former leader of the reigning political party says that he does not want to see the Minnis-administration follow in the footsteps of others by getting swell headed and not being able to regain power.

Ingraham said he’s realized a trend amongst Bahamian people over the last 25 years. He noted that every election the people vote against governing parties rather than in support of opposition parties. As a result, the FNM may not have won because the Bahamian people loved Minnis. Rather, it was as a result of more voters being fed up with the PLP. The FNM secured 35 out of 39 seats in the House of Assembly in the May 10th election.

Now that they’re in office, Ingraham says, “Populations after they’ve voted are sometimes very happy with what they decided and sometimes they have remorse immediately.” On Wednesday, Ingraham aired some advice to the government by saying, “If I had one word to say to the FNM as the new administration is they have to be on their guard to ensure that the public accepts that they’re going to remain humble.”

Ingraham added, “and they are going to seek to do the things they said they would do or as many of the things they can do.” The former Prime Minister highlighted one common error that he hopes the FNM not repeat, “to seek to provide a job for everyone who got elected.”