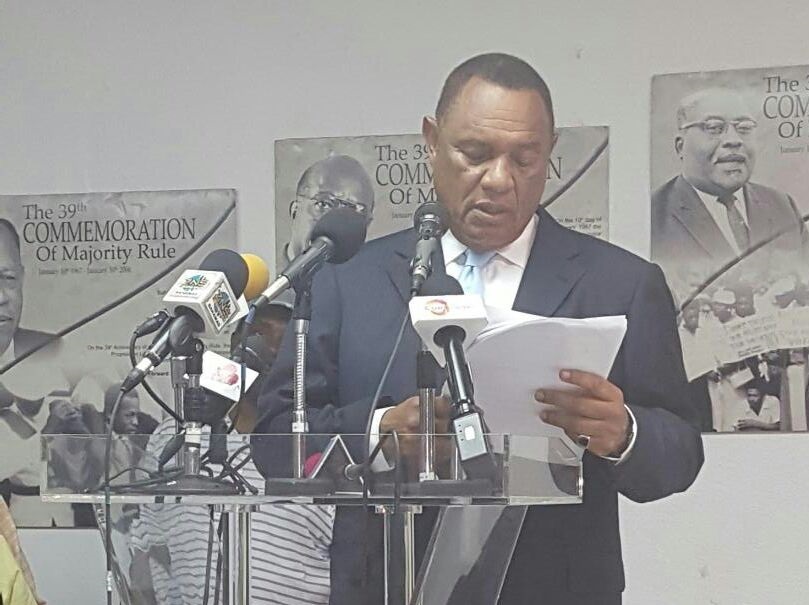 Bahamas, July 3rd 2017 – Nassau – Perry Christie has finally broken his silence since resigning from the PLP to defend his term in office. However, not everyone is buying his defense, especially the Minister of Public Transport and Minister of Finance. During a recent budget debate in the House of Assembly and the senate, multiple ministers highlighted cases of “fiscal mismanagement, questionable deals and financial irregularities under the Christie-administration. Some even called for an investigation.

As a result, former Prime Minister Perry Christie stated that his administration was in no way involved in any form of criminality and defended claims of misfeasance, stating the Minnis-administration will find all the answers when they examine their files.

However, Minister of Public Transport, Desmond Bannister said he is confident that there is nothing in the Government’s files that can be used to exonerate those claims. Bannister explained, “I don’t have any difficulty opening files up to them and if they feel there is something on those files, like Mr. Christie said, that can exonerate them from any allegations that I made, those files are open to them.”

Minister of Finance, Peter Turnquest has also chimed in stating there are a lot of new files coming across the government’s desk on a daily basis and these issues will be put before the Bahamian people. Prime Minister Minnis has also revealed that all of their findings on the Christie-administration will be forwarded to the office of the auditor general.