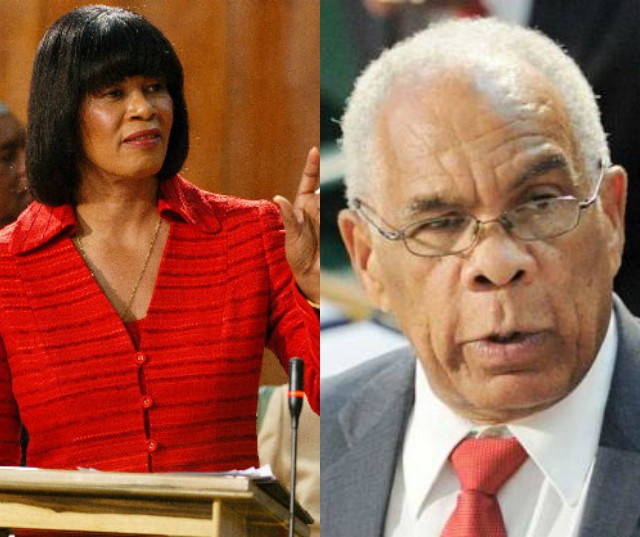 In making the announcement Leader of Opposition Business in the House, Phillip Paulwell said Mrs. Simpson Miller and Dr Davies would both submit letters of intent to resign to Speaker of the House, Pearnel Charles
on June 29, effecting their formal resignation on the same day.

Simpson Miller, now 72, was Jamaica’s only female prime minister, first holding that post for 18 months, after succeeding former Prime Minister, P J Patterson, who resigned during his third term in office in 2006.

She was defeated in September 2007 by the Bruce Golding-led Jamaica Labour Party (JLP), but retained the position after defeating current Prime Minister, Andrew Holness and the JLP in December 2011. She took office
in January 2012, and held it until February 2016 when she was defeated by Holness. Simpson Miller has held onto the strongest PNP seat in the country, South Western St Andrew, since 1976.

Like Simpson Miller, Dr Davies never lost an election in his constituency.