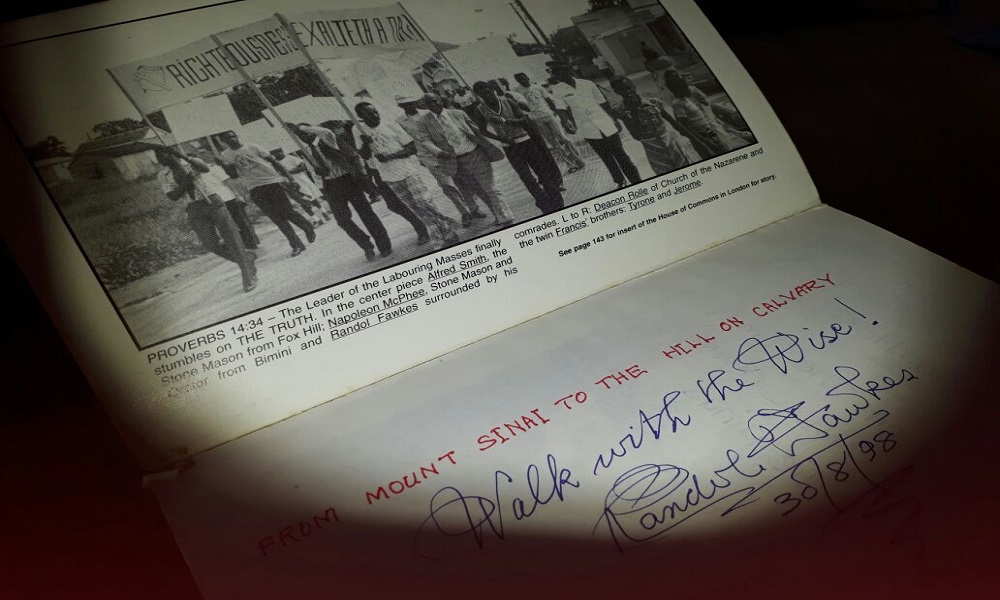 Bahamas, June 2, 2017 –  I didn’t walk with our Father of Labour but I did get to sit with him in an interview on his then new book while at Cool 96 in Freeport, Grand Bahama… the Late Sir Randol Fawkes gave me not only a second edition copy of his celebrated book, ‘The Faith that moved the Mountain’ but sent me an autographed copy of his third edition.

The autographed book did not make it to me before his death in 2000 but his family sent my copy anyway.   I got it in 2001 and it was brought to me by Mr Leslie Minus, Educator and Activist (and father of some dear friends).

It is a precious memory.  A priceless treasure and a magnificent read.

As The Bahamas marks 56 years since the start of Labour Day by Fawkes in 1961 may we remember that the equality which was fought for by the masses in 1942 and 1958 originally, assured that Bahamians were not marginalised and could get any job…  and so let us perform excellently at any job that we now have.