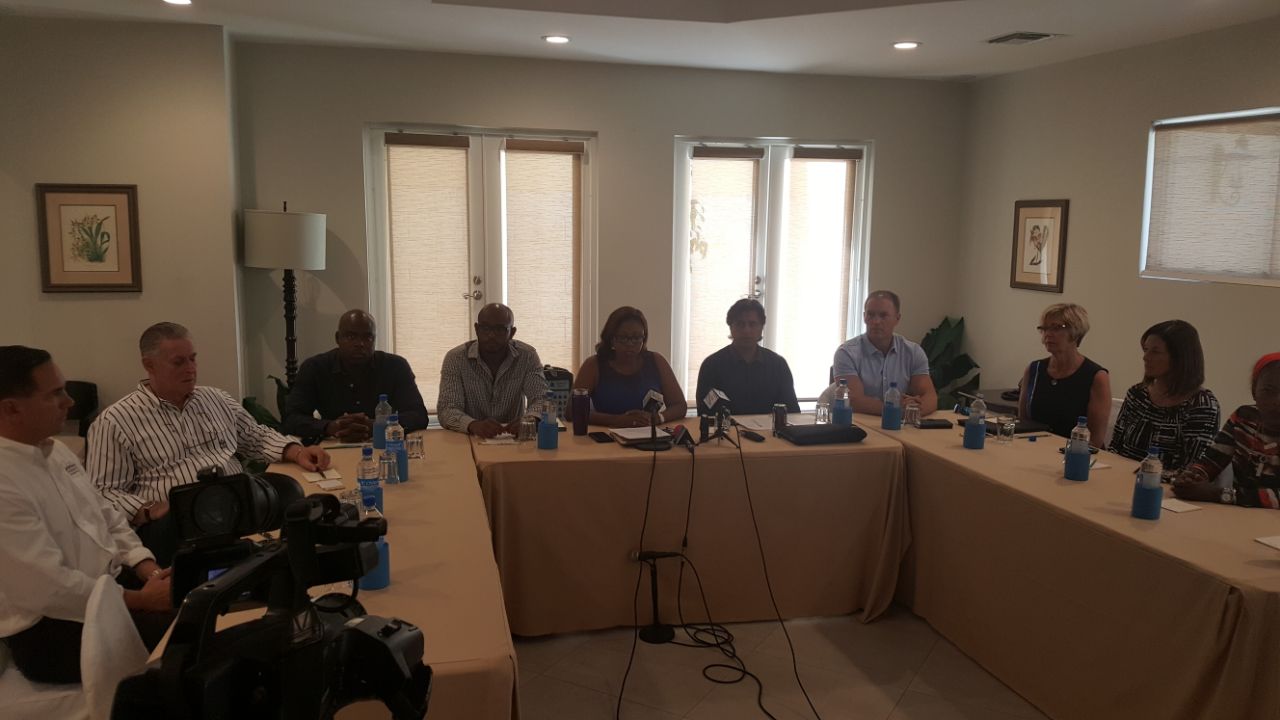 Turks and Caicos, June 26, 2017 – Providenciales – Two hundred and sixty members of the TCI business community were today represented by the Hotel and Tourism Association (TCHTA) and the Chamber of Commerce when the two organizations met with media to say they are ready to partner for action against the surge in violent crime.

Speaking at the meeting, Nikheel Advani, TCHTA President said “we don’t have a serious problem when we’re the lowest crime destination. It hasn’t impacted us today. That is why we’re here. We need action and we need action now to just make sure that we can preserve what we’ve built. We’ve all worked hard; the community, the government, the private sector. We’ve all worked hard to make this one of the best islands in the world, not just in the Caribbean. So if we let things go, it only takes one weak link for this to fall apart.”

Also speaking was Kyle Smith, President of the Chamber of Commerce, who urged community participation, saying “This community, if we stand together and hold hands and speak out on this, I am sure we can get an instant response. And sometimes that takes being a bit more aggressive in your voice.”

Meetings with their memberships will happen from tonight and by the end of the week, the groups will have a face to face with the Governor, Premier, and Commissioner of Police about the crime problem in Grace Bay. The case of Kevin Newman, who was on Friday shot while near his resort in Grace Bay has spawned international headlines but gotten locals fired up about more serious strides to abate crime.

The Hotel and Tourism Association says there are five points which top their list of must-dos, including greater synergy for more openness for better intelligence sharing, consistency in that communication and a plan that is tracked for performance on a week to week basis.

The group expects that whatever is agreed upon in that meeting with the government this week will be implemented by Monday.

“From those meetings, for the association itself, we are looking for, through that partnership, a minimum of five tangibles that we can easily implement next week.” Stacy Cox, TCHTA Executive said.