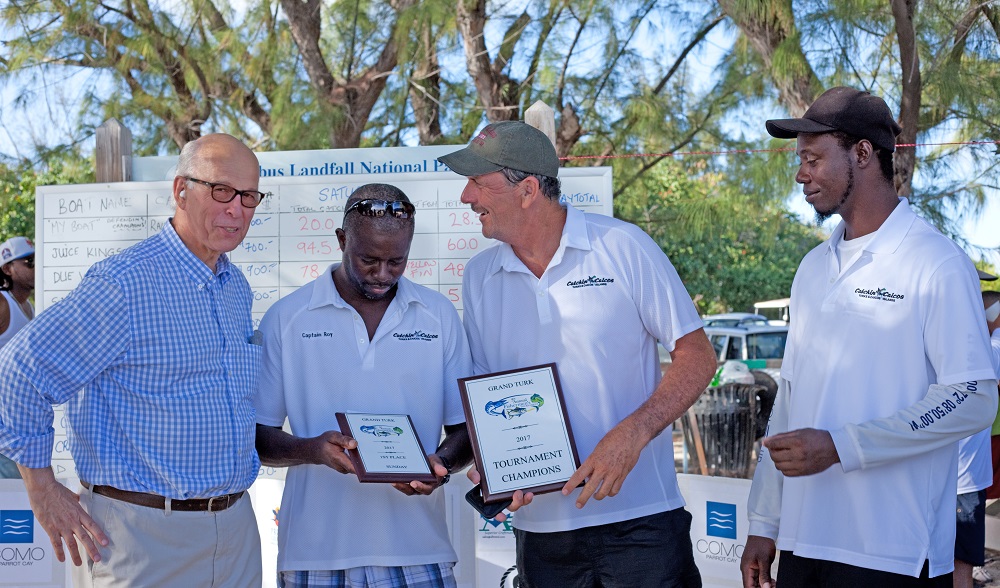 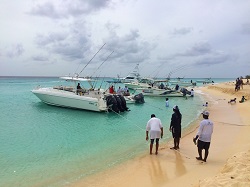 The event started with live and silent auctions and a record breaking Calcutta at the historic Salt Raker Inn on Grand Turk on Friday night with host Erika Faller.

Boats were on the water from first light on Saturday but encountered very rough conditions as soon as they were out of the lea of Grand Turk. Despite this a decent catch was landed on day one. Grand Turk boat “Juice Kings” captained by Tim Dunn took the lead on the overall weight with 94.5 pounds of tuna, followed by “Due West” skippered by Bruce Barron on 78.2 pounds and “Screaming Reels”, skippered by Damien Noyes in third with 63.1 pounds. Heaviest fish of day one was a beautiful yellow fin tuna of 40 pounds caught by “Due West”.

Day two was windier still, but this did not stop the fleet bringing in an even larger catch, and more variety, with Mahi, Wahoo, tuna and mackerel.

On combined weight, Tournament Champions were “Catching Caicos”. The largest fish of the weekend caught by “Due West” won the TCI Lotto $1,000 bonus.

Lively fish auctions followed each day of fishing with everyone trying to get in on the action, as local auctioneer William Cole whipped the crowd into frenzy with some very frantic bidding. 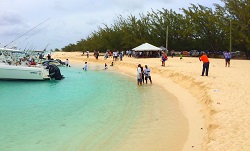 The committee of GTFT Inc. would like to offer a HUGE thank you to all our incredible sponsors from far and wide, of which there are far too many to mention, but special thanks should go to Grand Turk Liquors who have been our tournament partners since inception, and TCI Lotto for once again generously supporting the largest fish of the tournament prize and Allied Industrial & Marine for their continuing and very generous support all the way from Nova Scotia!

GTFT Inc. is a registered Not for Profit. The annual fishing tournament is a fund raising vehicle for local good causes, with a mandate of developing projects that support the young, vulnerable, elderly and promoting education within the TCI. This year’s beneficiary was the Turks & Caicos National Museum.