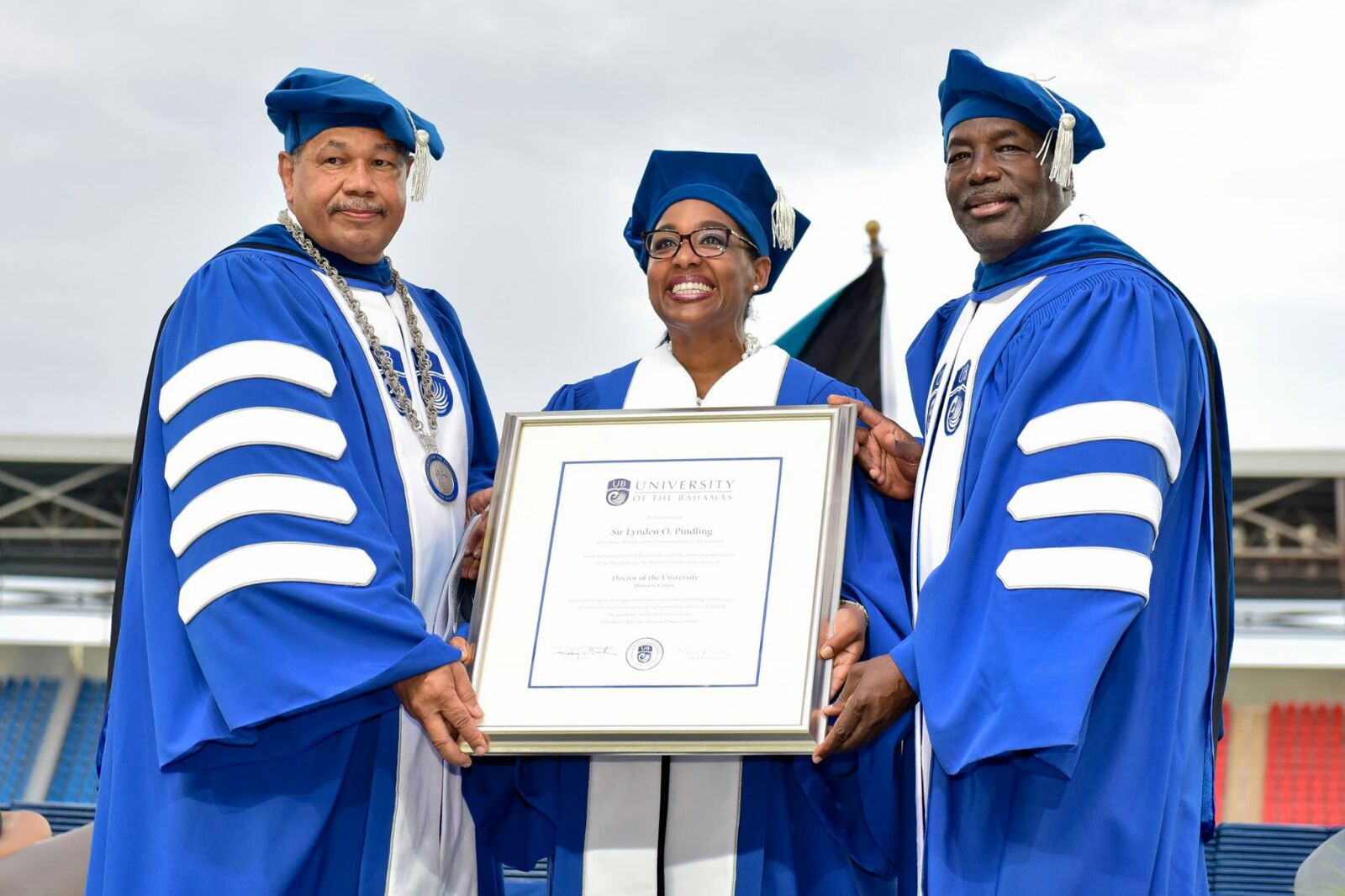 Bahamas, May 30, 2017 – Nassau – Sir Lynden O. Pindling envisioned that one day the College of The Bahamas would become the University of The Bahamas (UB), a dream realized with UB’s charter on 10th November 2016. At its historic inaugural Commencement held on 25th May 2017, the University posthumously conferred upon Sir Lynden its first honorary degree.

Acting on behalf of UB trustees, upon the recommendation of faculty, UB President Dr. Rodney D. Smith (left) and Board of Trustees Chair Dr. Earl Cash (right) presented the degree, Doctor of the University Honoris Causa, to Sir Lynden’s daughter, Ms. Monique Pindling. The inaugural Commencement was held at the Thomas A. Robinson Stadium.

According to the citation, Sir Lynden deserved the honour because he served the country with distinction as Prime Minister; he became the Father of the Nation and under his leadership sovereignty for The Bahamas came to fruition 10th July 1973; and as a significant part of his vision for a better Bahamas and its citizens, he spearheaded the establishment of COB which has transitioned to UB.

UB also scored a record number of graduates this year, with 790 persons. Last year, 594 students graduated from what was then the College of The Bahamas.