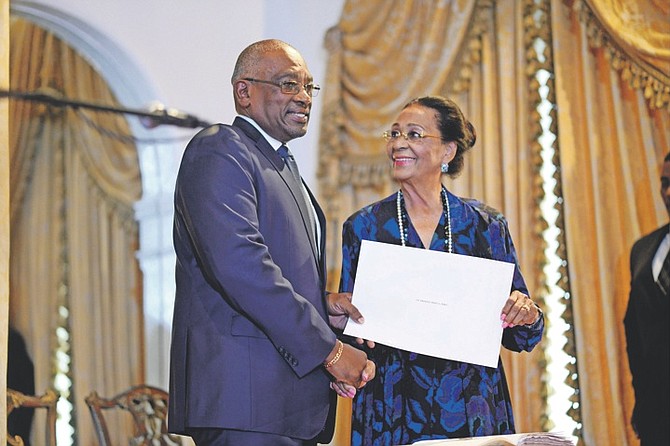 Bahamas, May 14, 2017 – Nassau – Prime Minister Dr Hubert Minnis is to reveal the composition of his 16-member cabinet tomorrow.

On Friday, the chairman of the just elected Free National Movement (FNM), Sidney Collie, said the prime minister will assign the portfolios and the new cabinet is scheduled to be sworn in on Monday.

According to Collie, as soon as the Cabinet is sworn in , the first meeting will be held the following day.

Meanwhile, Deputy Prime Minister Peter Turnquest was sworn in as Minister of Finance on Friday.

The new attorney general, Carl Bethel was also sworn in.

The prime minister, in his address to Turnquest and Bethel said their appointments are the beginning of the formation of the “people’s government,” adding that transparency and accountability were often absent during the past five years but will be restored.

Minnis also said that the “ government will ensure that the public treasury is used for the public good rather than directed toward private interests”.

“I will remind my ministers to avoid conflicts of interests in the exercise of their public duties,” he said.

This is the first time a prime minister of the Bahamas has not taken on the role of minister of finance.

Turnquest, a chartered accountant, will take on the portfolio as his first Cabinet post after serving as the FNM’s Shadow Minister of Finance over the last few years.

The newly appointed finance minister said that before charting a course for the future he will go on a fact-finding mission to learn what has happened over the past five years with the country’s finances.

Reducing the debt and recurring deficits are key priorities for the incoming administration, as well as helping the economy to grow…. this is not about enriching ourselves but about ensuring the services people require are delivered,” he said.

He noted that in the short term, the government will focus on creating the annual budget, which is due in two weeks.

Meanwhile, Bethel who served as Attorney General between 2001 and 2002 has promised to take steps to restore confidence in the administration of justice.

“They want to know all of the decisions that were so highly questionable. They want to know what’s in the sealed deal about Baha Mar, why the secrecy. We need to take drastic and quick steps to seek to restore confidence in the administration of justice and in the operations of the Office of the Attorney General where I think the perception arose that perhaps things were not where they were supposed to be.”

“I hope to be an agent in restoring confidence in the administration of justice in the Bahamas,” he said. 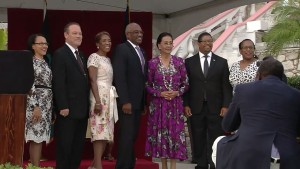 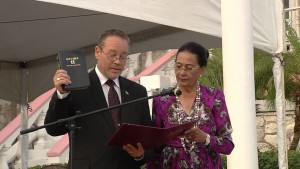 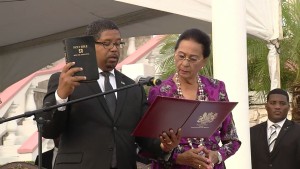